The boat in the second picture below is called a keel and is thought to have followed the design of Viking long ships. Early examples of keels have been uncovered that date back 800 years to the 13th Century . 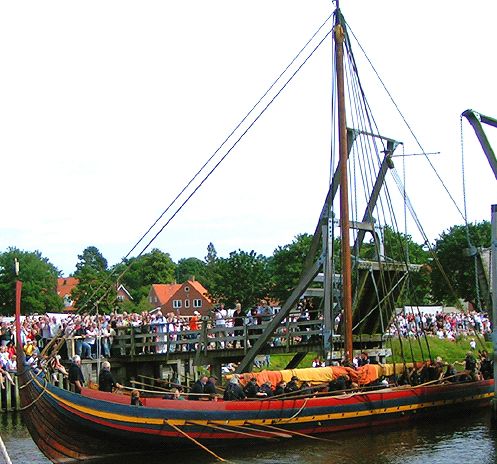 For 500 years these sailing boats below were used on the River Humber and canals of Yorkshire to transport goods for trade. They carried coal, chalk, stone and grain, helping to fuel the Industrial Revolution. 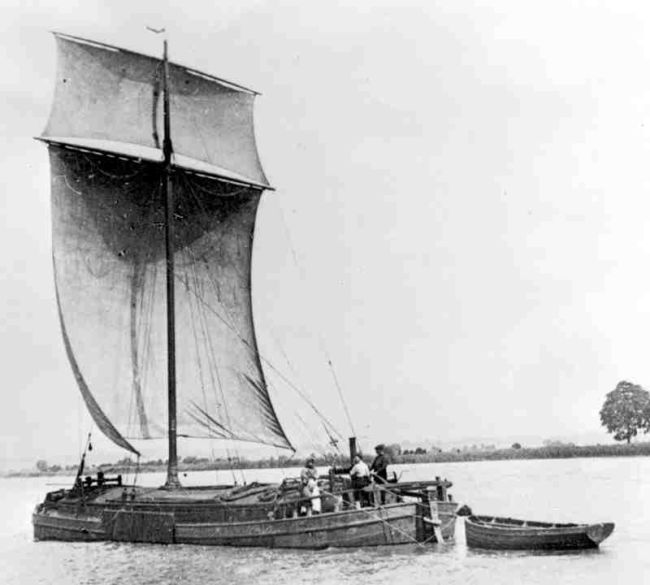 Early keels were made from wood. The deck was pine wood. The rest of the construction used wood from oak trees. Later keels, built during the 20th Century were made from two types of metal: iron and steel.

For hundreds of years, these early boats used sails to harness the power of the wind, but by the 1950s their sails and masts were taken down and wind power was replaced by diesel power. The picture below shows how a diesel-powered keel is carrying a long trail of coal (these were called Tom Puddings). 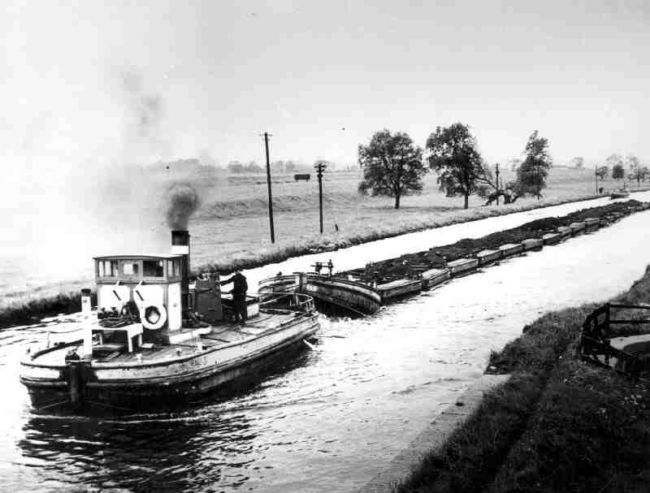