As early as 1335 the Italians were trying to develop self-powered machines (using wind power!). A little later,   Leonardo da Vinci designed a clockwork vehicle, unfortunately none of these made it past the drawing board. With the invention of the steam engine in early 1712 various vehicles using steam power were tried. 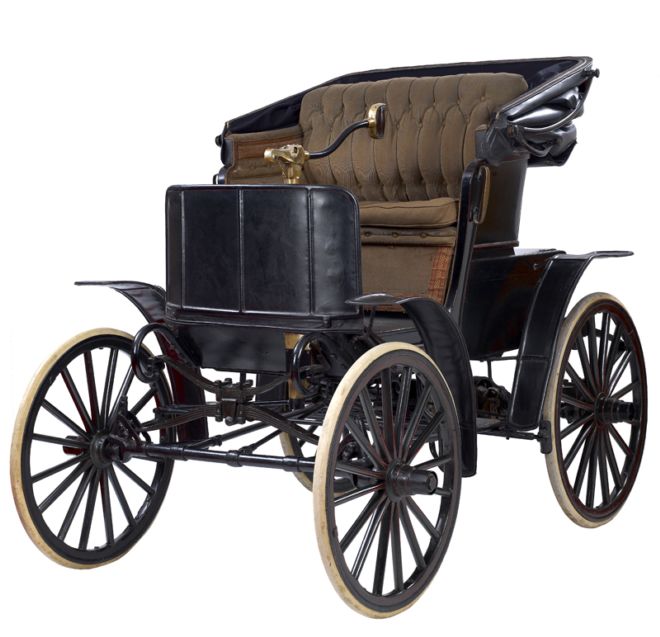 By 1801 a Cornishman called Richard Trevithic invented the first fully working steam-powered, self-propelling road vehicle, and called it the ' Puffing Devil'. However it only lasted a few days before it blew up! 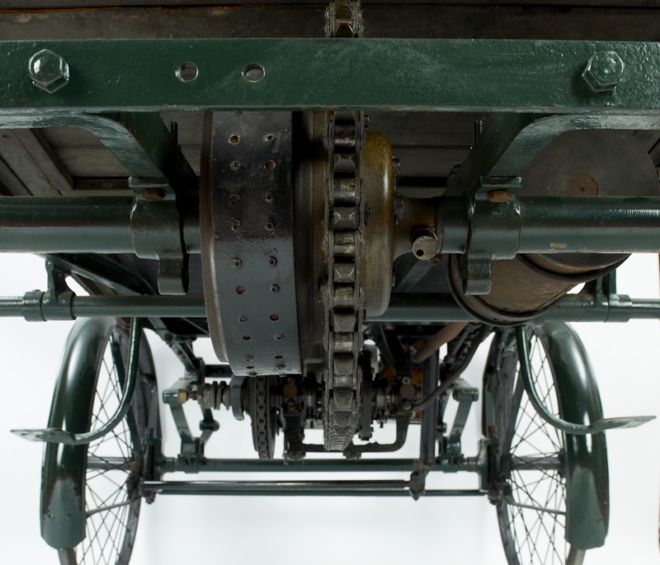 Underneath an Early Car, The Sturmey Voiturette

As well as steam, by the end of the 19th Century car designers had a choice of two more power types. The petrol-powered internal combustion engine and electricity (stored in large batteries). Petrol soon became the fuel of choice though, as it was much more convenient and available. 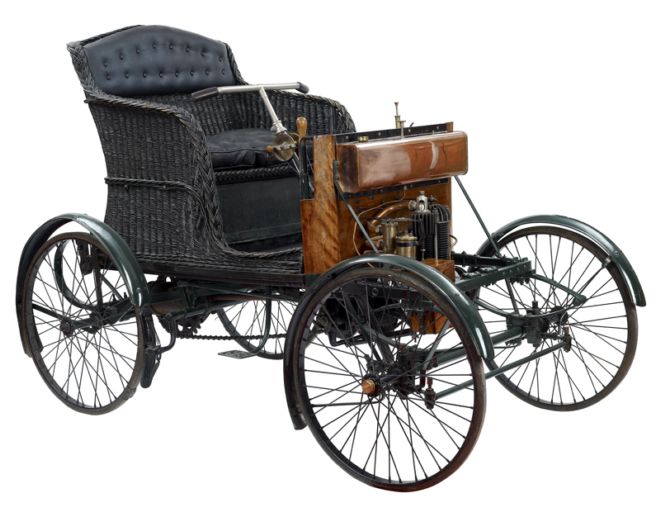 As with the cycle and boat, the main body of the early motor car was made from wood, making them particularly heavy and unsafe. By the end of the 19th Century cars were almost completely constructed from metal. 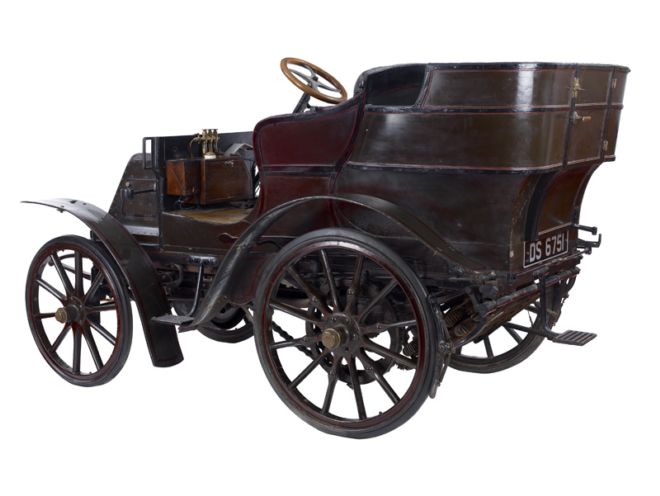