Brooke and Békássy were both members of a secret debating society at Cambridge University, called the Cambridge Conversazione Society, but commonly known as 'The Apostles'.
Members tended to belong to King’s College or Trinity College and they would meet, read aloud papers they had written and discuss subjects such as philosophy, as well as more light-hearted issues. Rupert Brooke read many papers, including one entitled ‘Are the playing at cards and the attendance at the theatre amusements consistent with the character of a clergyman?’

Before the outbreak of World War One, in 1914, both Rupert Brooke and Ferenc Békássy had poems printed in Basileon, a King’s College student magazine dating back to 1900 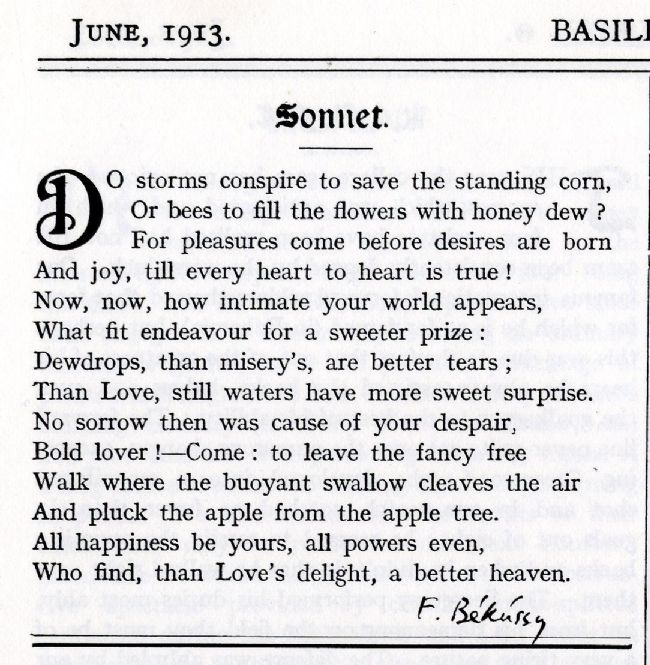 Ferenc Békássy’s ‘Sonnet’, 1913
Rupert Brooke’s most famous pre-War poem is perhaps ‘The Old Vicarage, Grantchester’. Originally entitled ‘The Sentimental Exile’, it was written during a visit to Berlin in 1909. You can see the first page of ‘The Sentimental Exile’ below, and a full transcript of the poem can be downloaded. 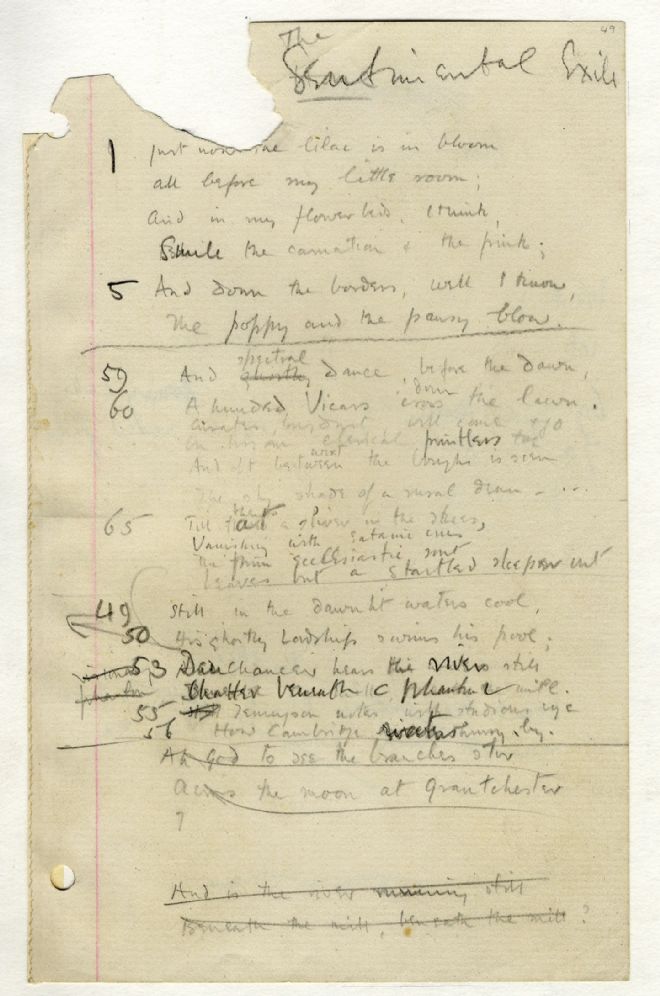 First Page of Rupert Brooke’s Poem ‘The Sentimental Exile’,
Both poems explore pastoral themes and use natural imagery, reflecting the influence of the Neo-Pagans.
(To see ‘The Old Vicarage, Grantchester’, the final version of the poem, as well as other of his poems, please visit the Rupert Brooke Society’s website, through the external links section.