Workers' Housing in the Victorian Era

There were great differences in living standards between rich and poor during in the Victorian period. This can be clearly seen in the example of 19th Century Preston.
As the cotton industry grew, tens of thousands of people came from the countryside around Preston and from places further away such as Ireland, Scotland and the Yorkshire Dales looking for work. The population of the town grew rapidly and thousands of houses had to be build for the workers.

A lot of houses were put up very quickly and were of low quality, damp and cold. Living conditions were dreadful as there was no running water or proper sanitation in the houses and often several families shared one house, with each family living in just one or two rooms. Because people lived so tightly packed together diseases spread easily. The plan of Queen Street (below) shows how little space they had. 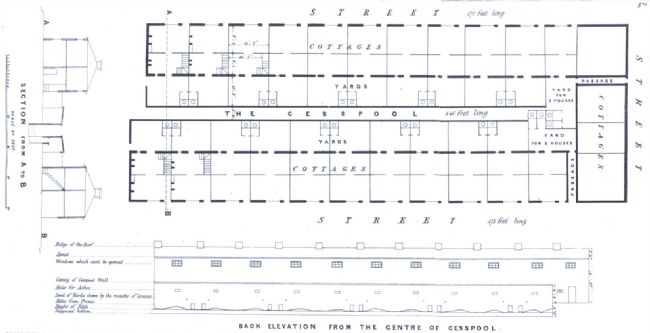 Architectural Plan of Cottages in Victorian Preston
In 1842 the Reverend John Clay published 'The Report on the Sanitary Conditions of Preston'. He argued that Preston’s high death rate was due to poor housing, inefficient sewerage and water supplies and the build-up of rubbish. 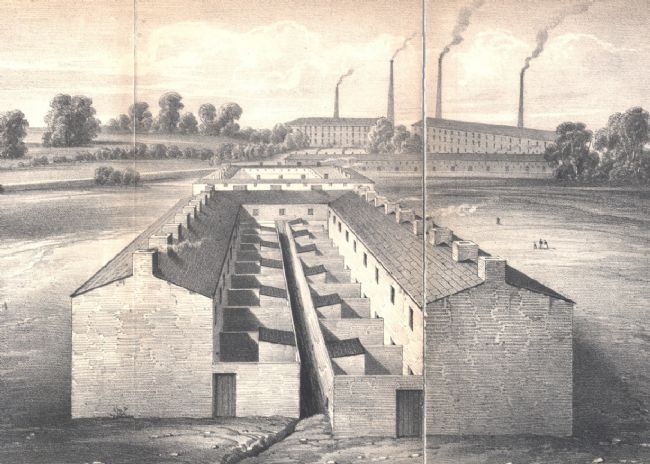 The illustration of a group of cottages on Queen Street, Preston  (above) was included in John Clay's reports.

Chaplain - Member of the clergy whose job it is to give advice to people in a large organisation like the army, a school or prison

Inefficient - Doing something in a way that is badly planned

Sanitary - Linked to heath and hygiene or sewage