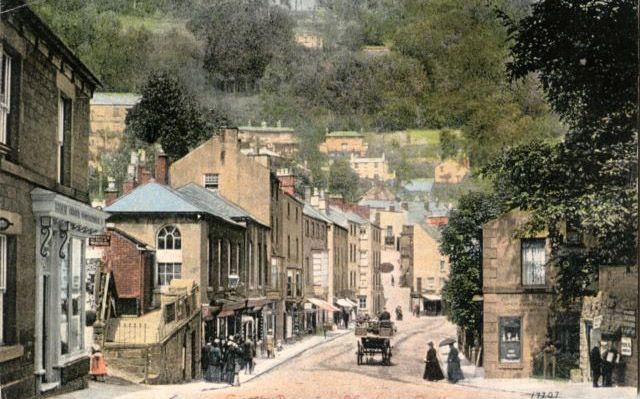 The images above and below show South Parade as it was around the turn of the 20th century. The buildings on the left have changed little to the present day. Buildings on the right have been replaced by a carpark and a group of modern souvenir shops. 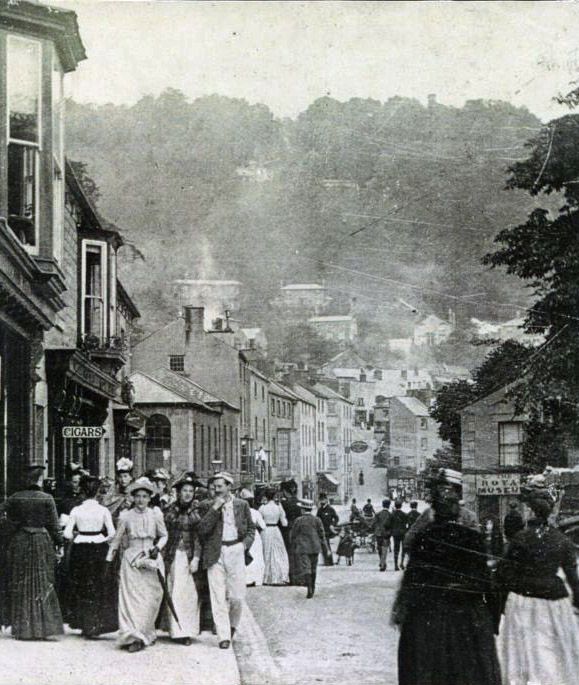 The coloured image has been taken from a postcard. In the foreground on the right a petrifying well can be seen, alongside a shop selling 'spar and marble ornaments'. Spar refers to fluorspar, a locally mined crystal. Marble may have referred to various limestones and alabaster, as well as to marble itself.

The black and white image shows some changes: notably the ornament shop is the Royal Museum.

Look at the people in the photographs:

Look at the buildings: