Gold Ring Discovered by a Farmer 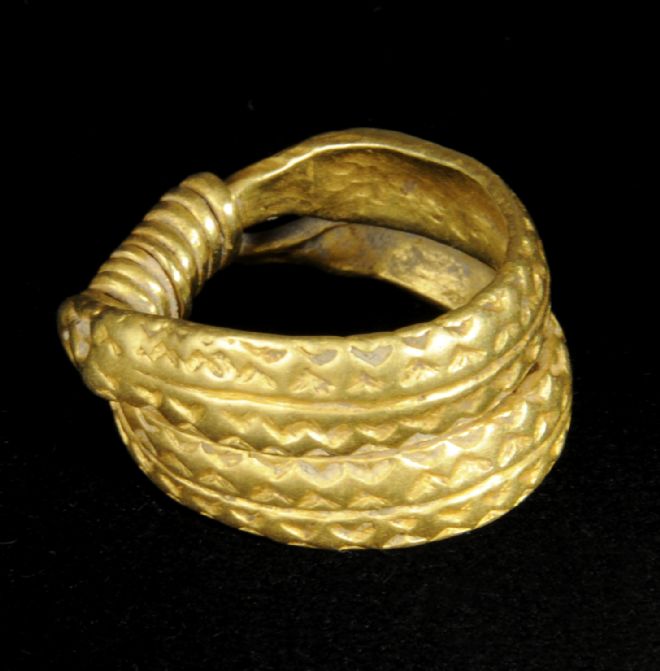 This ring was discovered by a farmer digging a drainage ditch in Sedburgh. Surface metal analysis conducted at the British Museum indicated an approximate gold content for the ring of 83-86%, a silver content of 11-14%, and a copper content of 2-4%. The ring would therefore qualify as Treasure under two of the stipulated criteria of the Treasure Act: it is more than 300 years old and the precious metal content exceeds 10%.

A distinctive type of coiled silver arm-ring made in Ireland in the late 9th/early 10th Centuries was developed from a simpler Viking type, and is similar to two other Viking gold rings in the British Museum (from Saddleworth Moor and Ireland).

Listen to the story of how the ring was discovered using original recording of Mr Airy - the farmer who discovered the ring.

Watch this animation about the farmer discovering the Viking ring in his field. It was made by 2nd year student teachers during their SOTS (Settings Other Than Schools) week at the Dales Countryside Museum.