In theory, if attached to a generator, water wheels can be used to produce electricity. However, they are not seen as the most efficient way to do so. The reason water wheels are not a great source of power is that they are large and cumbersome and so do not rotate rapidly enough to generate much energy. If done correctly however, a well-placed and built water wheel could generate enough electricity to power a house or small farm. 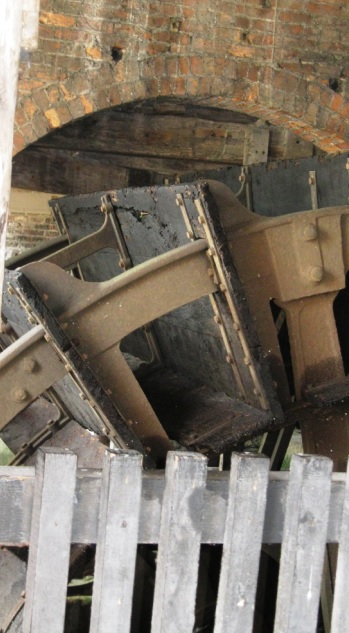 Other ways of harnessing waterpower

Although water wheels may be viewed as a power source of the past, in modern society we still harness energy from water to create electricity through both hydro power and tidal power.

Similar to water wheels, hydro power relies on flowing water from rivers but also can be best utilised using current from the sea or using damns. Damns allow people to control water flow and thus is more efficient than relying on a river current which is changeable. The power of the water is then passed through turbines which convert kinetic energy (movement energy) into mechanical energy. A generator then turns this mechanical energy into electrical energy.

Tidal power is specific type of hydroelectric energy. It relies on flowing river or ocean currents to work. Tidal power stations have underwater turbines which convert the movement (kinetic energy) into electricity. Tidal power has advantages over other renewable energy sources like wind and solar because it is predictable as we know when the tide goes in and out during a day.