What Did WW2 Children Eat?

World War Two had a massive impact on the diet of ordinary British people. Before the war Britain had relied on food supplies imported from all over the world, but now enemy attacks on British merchant ships resulted in shortages. In an effort to make sure food was shared fairly, the government introduced rationing. People were also encouraged to grow their own food and to use substitute foods to supplement their rations. 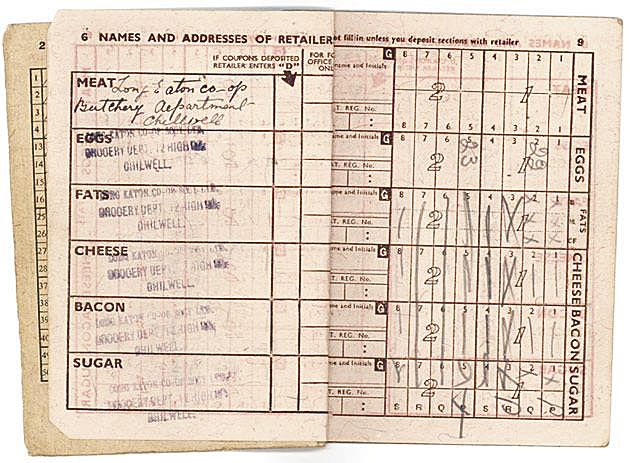 Inside Pages of an Adult Ration Book
The adult ration book above shows the foods that were put 'on ration' when the government introduced rationing in January 1940. Everyone was supplied with their own ration book, even children. People then had to register with a local shopkeeper, and could only buy rationed goods if they had enough coupons. 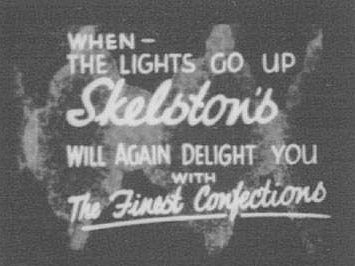 Advertisement from a Bakers During WW2
It was common for people to have to queue for a long time when shopping, and goods were often bartered for. The shortage of sugar meant that children did not have many sweets. Items such as cakes and biscuits were a luxury, as the baker's advertisement pictured above (circa 1940) demonstrates. 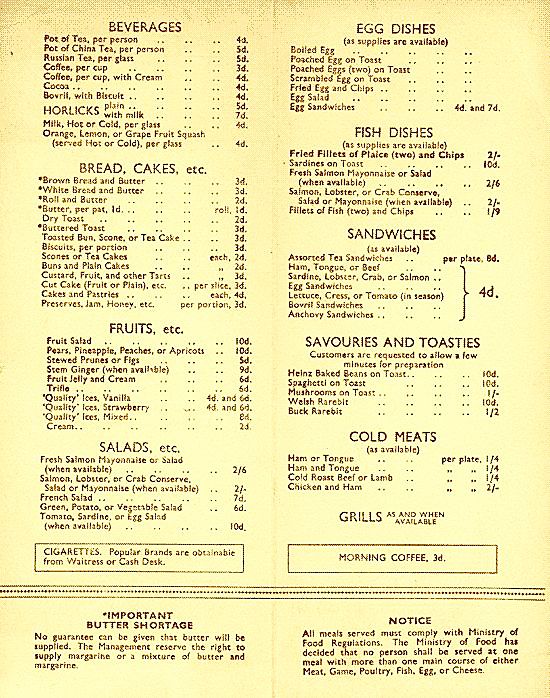 WW2 Boots Cafe Menu During Rationing
The Boots Cafe menu above, shows how being at war affected even the most basic of meals. The menu is peppered with asterisks, which refer to cream, sugar and butter shortages. It also includes a mention of Ministry of Food regulations. Sometimes carrots were used instead of sugar to sweeten dishes.
During the Second World War, thousands of children were evacuated, (sent away from areas likely to be bombed), to the countryside. There, they were often better fed, as fresh fruit and vegetables and dairy products were more freely available. Butter and cream seemed like a luxury to evacuee children living in the countryside.
Food shortages had a big impact upon cooking even everyday meals. Recipes had to be adapted and new ones created to cook with what ingredients were available. Why not try out some of these authentic wartime recipes taken from the Nottingham Wartime Recipe Book below? 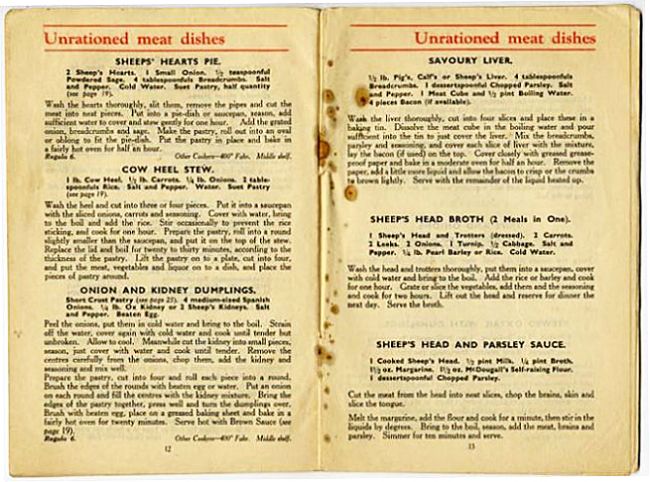 Pages from a Wartime Cookery Book