Insects come in all shapes and sizes. There are over 1 million named insect species and there are thought to be more than 4.5 million insect species yet to be discovered!

There are more species of insect than the number of all other species combined.

Insects have adapted to survive in almost every habitat on land and have evolved endless, wild and whacky solutions to Nature’s challenges over millions of years of natural selection. This means that they can look vastly different from each other, even if they’re closely related and sometimes even if they’re the same species – we can see this in ant castes, between soldiers and workers, for example. 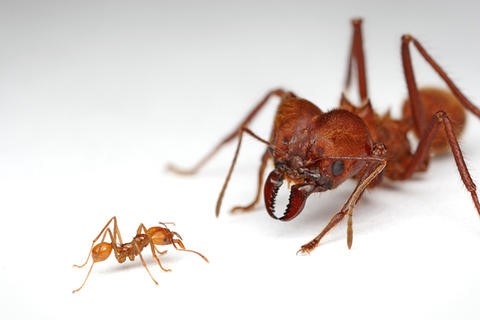 Here, a worker ant stands next to a soldier ant. Both are Leaf-cutters (Atta sp.) and are from the same colony.

This means that describing a ‘typical’ insect can be quite difficult. But for all their differences, they all have one thing in common:

all insects have three pairs of legs. No more. No less.

Some might have disguised legs, some might have extra ‘fake’ legs but all insects, no matter where they live or what they look like, will have three pairs of legs. 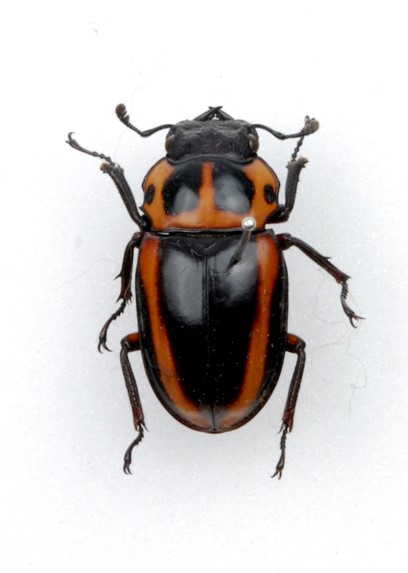