Who was George Africanus?

George is believed to have arrived from Sierra Leone in Africa at the age of just three. He had been enslaved and bought to work in the household of the Molyneux family of Wolverhampton and they gave him his name. The family provided for George's education and then later his training as a brass-founder.

Life as a Free Man

Little is known of how George became a free man and later came to Nottingham in the 1780s. We do know, however, that he bought property on Chandler's Lane, close to Nottingham Market Place. 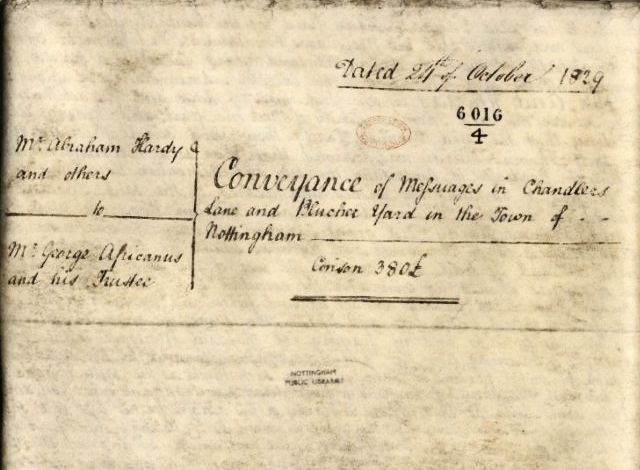 George married a local woman, Esther Shaw, in 1788. Records show that the couple had seven children, although sadly all but one died in infancy. By the time of his death in 1834, George had established himself as property owner and he was able to leave his goods to his daughter, Hannah Cropper, in his will.

Marriage Certificate for George and Esther

George Africanus was buried at St Mary's Church in Nottingham. In recent years a plaque has been erected on the railings at St. Mary's to mark the resting place of 'Nottingham's First Black Entrepreneur'. 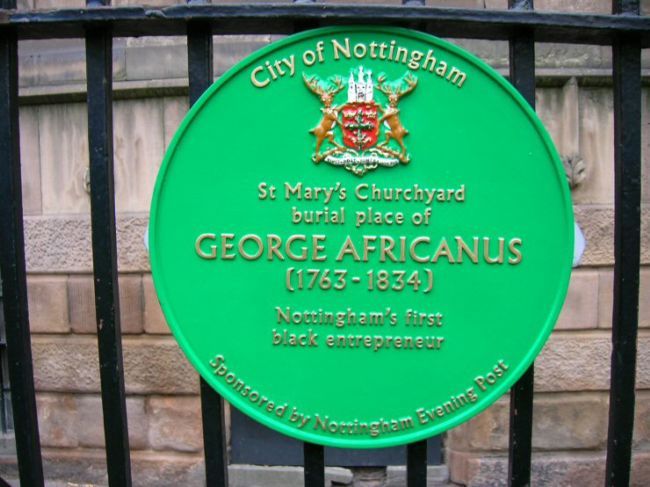 Brass-founder - someone who works in a foundry, melting down liquid metal and moulding it into shapes
Entrepreneur - businessperson, someone who makes money from their ideas
Erected - put up
Established - made or set up
Infancy - the time before a baby walks and talks
Plaque - a sign used as a memorial to someone
Next section