The Importance of Volunteers

The government realised before the war broke out that volunteers would be important to the war effort. To motivate people to begin volunteering they published a number of powerful speeches and persuasive posters. 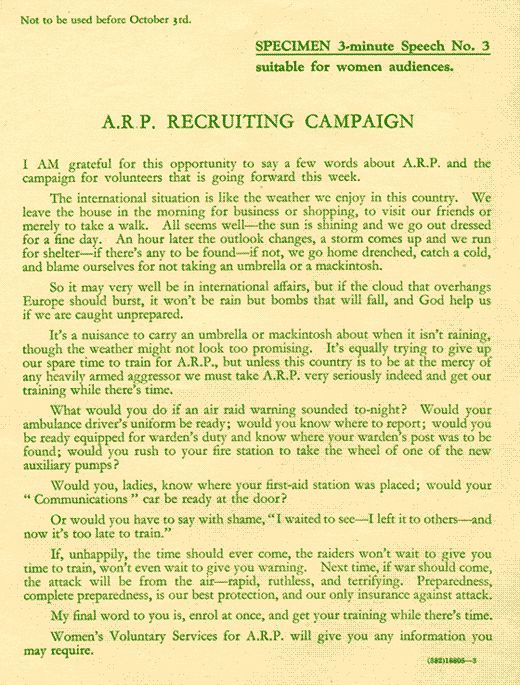 The two speeches on this page were designed to recruit volunteers to the ARP (Air Raid Precautions). They were read out at sports matches, with one aimed at women and the other at men. The first one urges people to volunteer and help prepare even before the war: 'if the cloud that overhangs Europe should burst, it won't be rain but bombs that will fall, and God help us if we are caught unprepared.’ 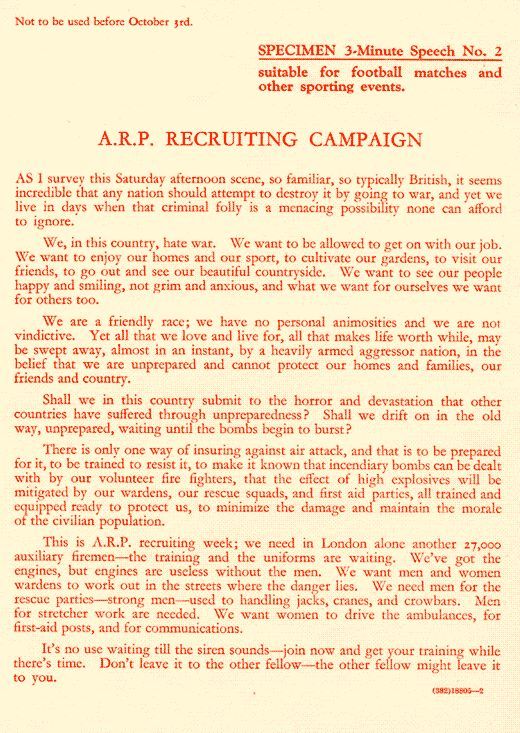 After the air raids on Britain during the First World War, the government feared that air raids by German bomber aircraft would threaten people in the UK again. The ARP was set up to organise public air raid shelters and made sure people kept to the Blackout precautions.

German bombers could use any light sources to navigate, people had to use 'blackout’ on their windows - putting up thick curtains or painting the windows black. Street lights were extinguished and even bicycle lights were not allowed, so many people had accidents in the dark.

The ARP also helped rescue people after air raids. Some women became ARP ambulance attendants - giving first aid to casualties, searching for survivors and recovering bodies. The two photographs on the right of this page show women performing some of their duties as ARP wardens.

The Women’s Voluntary Service was formed as the women’s side of the ARP. They had no uniform and were all volunteers. In the first few weeks after war broke out in September 1939, WVS volunteers sprang into action to assist with the mass evacuation of schoolchildren all over the country, making sure that children found foster parents and checking that they were well cared for. 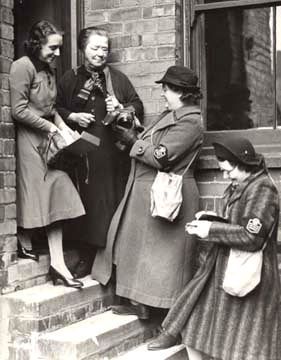 They made bandages and knitted and sewed clothing, like scarves, vests and pyjamas for soldiers; salvaged objects that could be recycled; ran mobile canteen services during air raids and for troops arriving at ports and railway stations. But the WVS was particularly appreciated during the Blitz on London, as they cared for people whose homes were bombed and found them clothing. However, their work was not without risks and 241 of WVS members were killed. 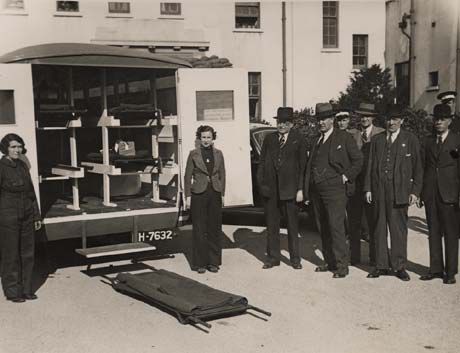 Air raid - when an aircraft attacks something on the ground
Appreciate - grateful for
Casualties - injured people
Extinguished - put out, switched off
Foster parents - people caring for a child who is not related to them
Motivating - trying to make someone want to do something
Overhangs - above something
Persuasive - changing someone's mind
Precautions - making plans in case something happens
Unprepared - not ready
Recovering - looking for
Recruit - when someone joins a group
Volunteer - working for no pay
War effort - working to support the armed forces
Next section