The first page of the School magazine published in February 1915 records the outbreak of the War in Europe during the previous year. It goes on to describe how the DWS girls immediately set about making garments for soldiers, sailors, Belgian refugees and 'others in distress and want caused by the war'.

Two hundred garments were completed and despatched during the term. 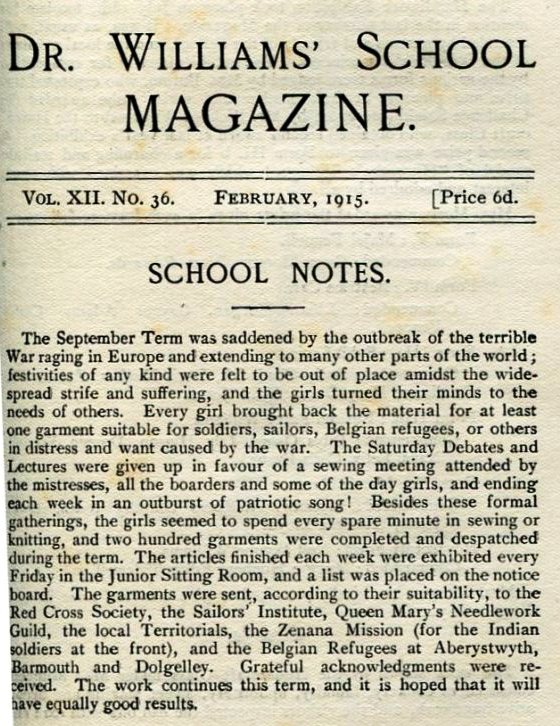 A page from the July 1915 school magazine lists the various societies pupils supported by making clothes. The garments were sent weekly to the Red Cross,the Sailors' Institute, Queen Mary's Needlework Guild,the Zenana Mission (for Indian soldiers wounded or at the Front), local territorials and refugees in Aberystwyth, Barmouth and Dolgelley and also to destitute Belgians who remained in their devastated country. Socks seem to have been in demand, judging by this page! 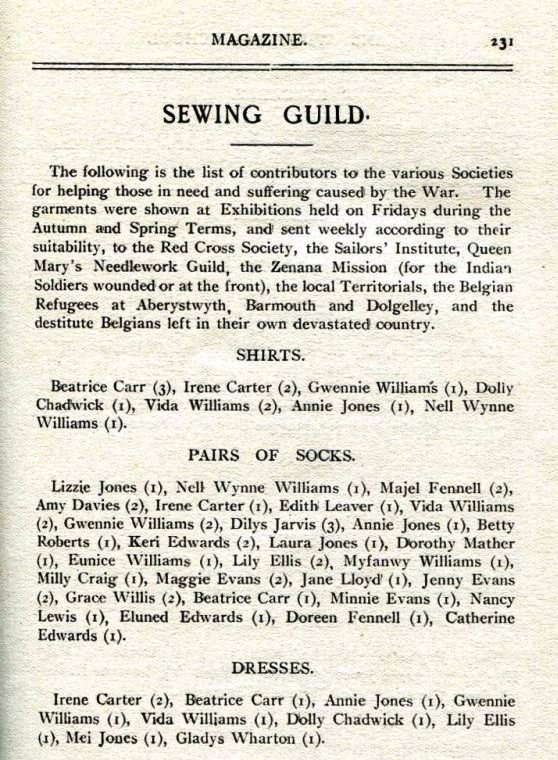 More pupils were being accepted into school during this time, and one class, Form 11, increased to such 'an alarming extent that it was found necessary to make a separate First Form'. Three little Belgian girls who were refugees in Dolgelley were placed in this form.

Destitute - extremely poor, without enough food or clothing
Devastated - destroyed or ruined; very distressed or upset
Enraptured - thrilled or delighted
Garments - items of clothing
Refugees - people who  ask for shelter in a different country  because of troubles in their own country
Territorials - volunteers for the Army