It appears that there was a school museum at Dr Williams' School, made up of objects loaned or donated by staff and students. Gifts to the museum recorded in the July 1915 School magazine included: 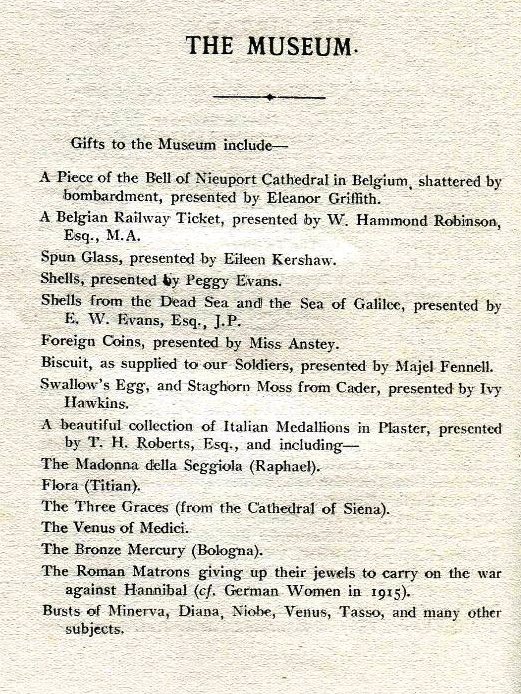 Other gifts to the museum, noted in the school magazine of February 1916, included cartridges taken from a Turkish soldier in Gallipoli and 'curiosities' from Bolivia. 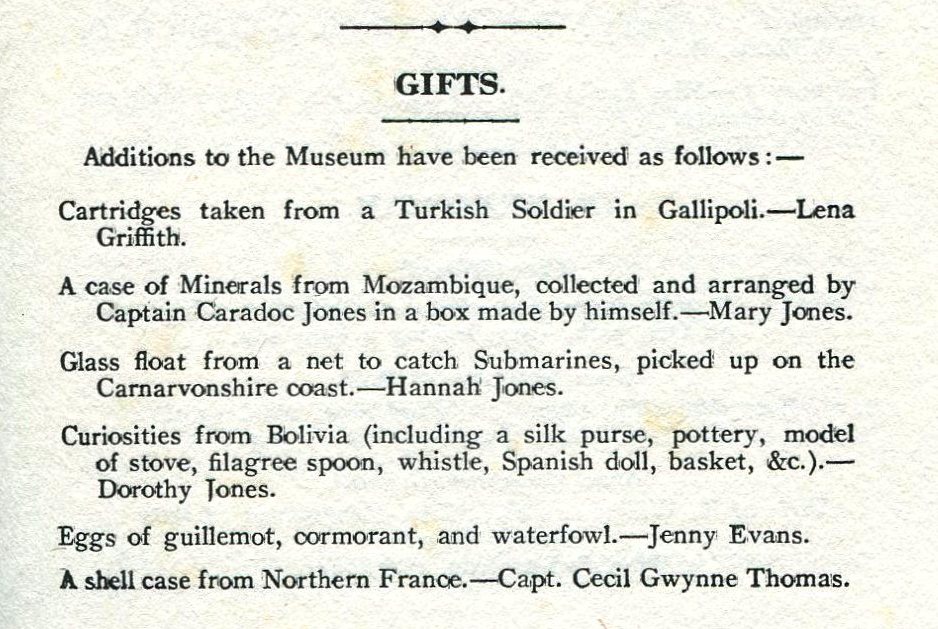 The school magazine of July 1917 records the following items donated to the museum:

pressed flowers, shells from Harlech beach, an emu's egg from Australia and a replica of Lusitania medal. 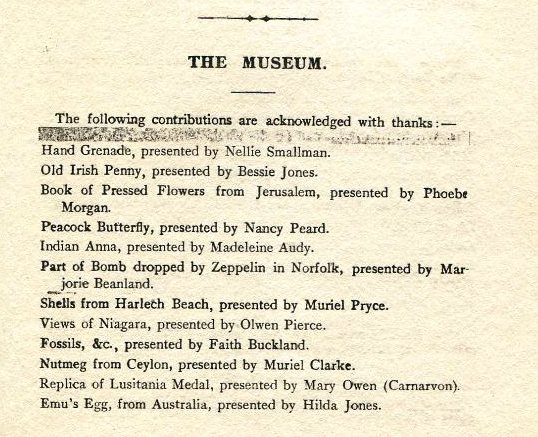 Bombardment - a strong and repeated attack on an enemy
Exhibits - a collection of objects on public display
Lusitania - the name of a large passenger ship that was torpedoed and sunk by a German submarine in 1915, killing over 1,000 people on board
Zeppelin - a large German airship used for bombing the enemy