The Caerynwch Red Cross auxiliary military hospital opened in Dolgellau for two years during the First World War, closing on 22 March 1919. There are stories in the school magazine about the entertainments, eggs and newspapers provided by the girls and staff of DWS for the wounded soldiers while they were convalescing at Caerynwch. 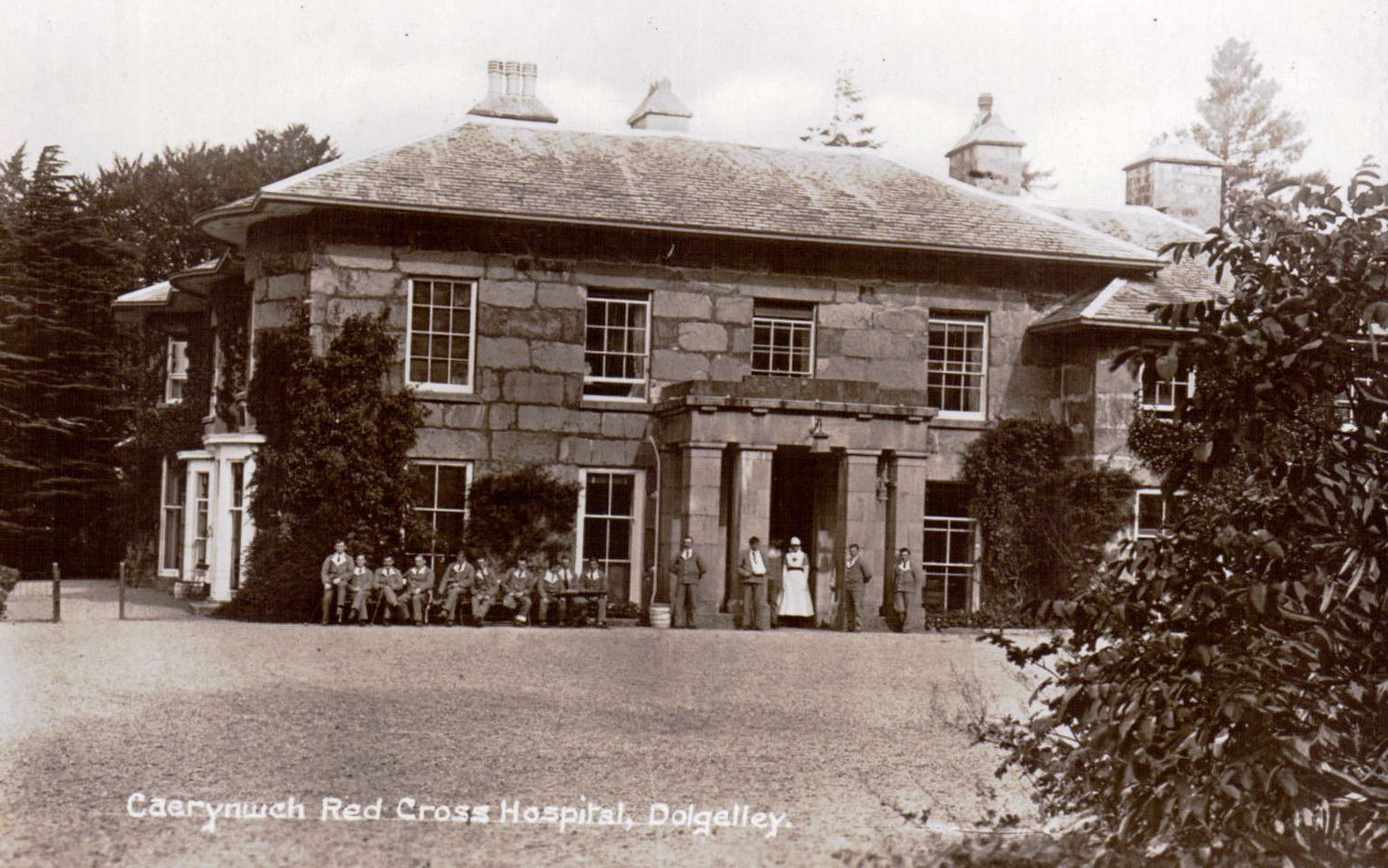 A page from the July 1919 school magazine describing a concert given by pupils at the hospital illustrates the kind of entertainment DWS girls provided to war wounded patients at Caerynwch. The songs they sang included  'Let the Great Big World keep Turning', 'There's a Big Lot of Sunshine Coming Soon' and 'Goodbye-ee'. These were all popular songs composed during the First World War. 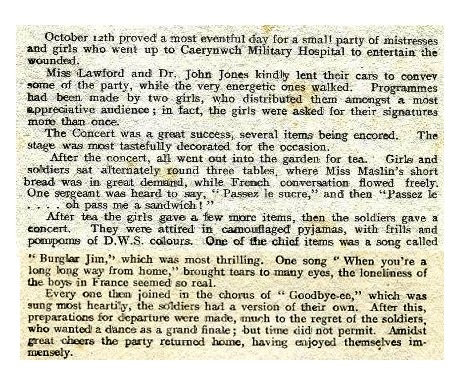 The concert was a 'great success' and after tea, the girls performed a few more items and then it was the soldiers' turn to give a concert,

which they did dressed in camouflaged pyjamas, with frills and pompoms in DWS colours! At the end everyone joined in the chorus of 'Goodbye-ee' (you can listen to a modern recording of this song in the Resources section).

When the hospital closed at the end of March 1919, the following letter was sent to Dr Williams' School from Mrs Richards, the Commandant. 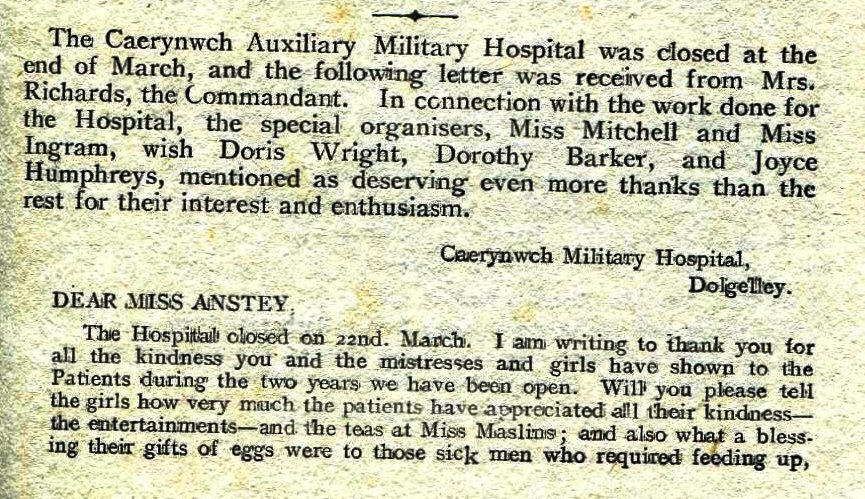 A page from the July 1919 'School Notes' records how

It was a 'great surprise'. Lessons stopped, flags were found from nowhere, church bells pealed again after a long silence, everyone cheered, the girls marched.

A huge bonfire was lit and mistresses and girls encircled it, singing patriotic songs until they had no voices left. Then they all went in and danced. 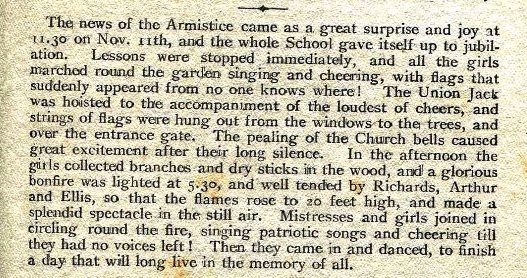 Armistice - a truce; an agreement between opposing sides in a war to stop fighting
Auxiliary (hospital) - a temporary place for treating wounded soldiers
Camouflaged - hard to see; hidden or disguised
Convalescing - getting better after an illness or injury; recovering