Soldiers with Time on their Hands in the Trenches

During the First World War many soldiers had to spend hours, days and sometimes weeks in muddy trenches. These were holes in the ground dug for soldiers to protect themselves from the enemy. People didn't expect the War to last long so they were made in a hurry and sometimes collapsed or flooded.

As the war went on the trenches were dug deeper and were more elaborately constructed. A trench was about two metres deep by two metres wide. They were built in zig-zag lines so that enemy troops couldn't simply fire down the whole length of a trench line. Gas was also used as a weapon in the First World War and by having the trenches built in zig-zags it prevented gas spreading down the trench as quickly. 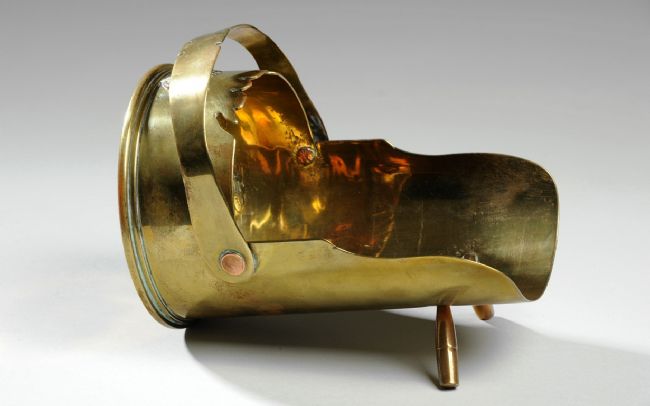 Example of Trench Art, a Miniature Coal Shuttle
Sometimes there were pauses in battle, which could last weeks and during this time soldiers were encouraged to make things as a way of occupying their minds. Brass shell casings from canons were littered everywhere around them, so the soldiers made use of this plentiful supply of scrap metal to make objects into which they then carved or etched designs. These became souvenirs, hopefully to take home if they survived the war. Today these are called Trench Art objects (example pictured above).

Another kind of object was made to help the soldiers endure the long hours in the trenches. These were darts and the earliest ones were made from brass shell casings. Brass is an alloy, a mixture of copper and zinc, and as a relatively soft metal would not have been too difficult to model and carve by hand in the trenches.  Early examples of darts probably triggered the idea about improving the design of darts. 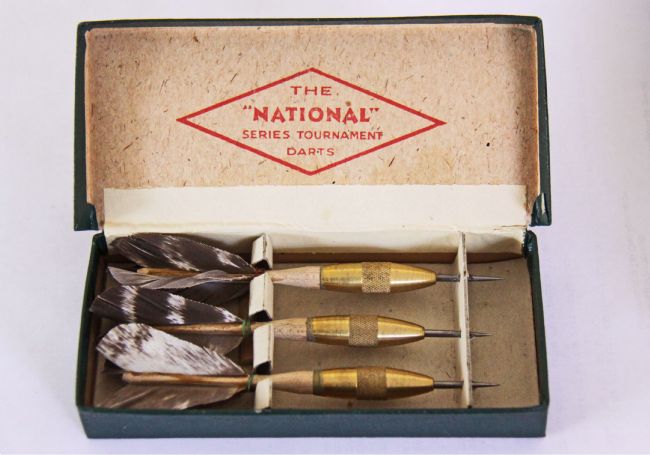 Business Opportunities from the Trenches