What is it, who made it and how old is it?

This object below is a silver gilt (silver covered) wafer box made in 1927 by a renowned silversmith called Omar Ramsden, who was born in Sheffield. 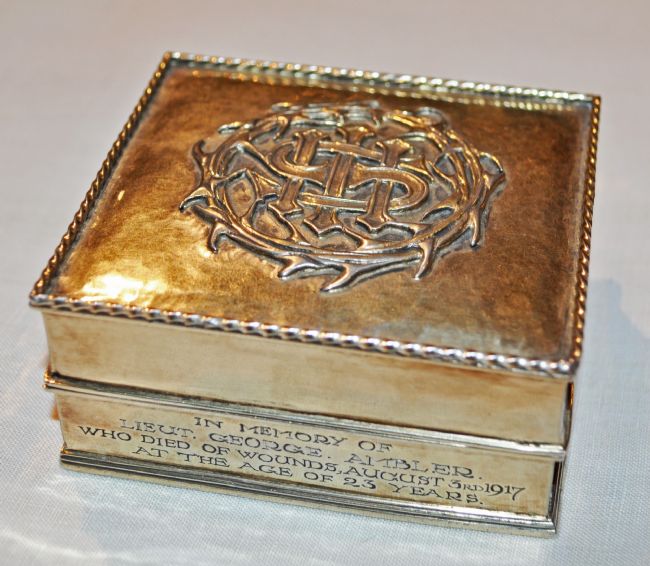 Wafer Box in Memory of George Ambler
The inscription on the front of the wafer box reads:
IN MEMORY OF
LIEUT. GEORGE AMBLER.
WHO DIED OF WOUNDS, AUGUST 3RD 1917
AT THE AGE OF 23 YEARS.

The lid of the box has three letters on it (IHS) with a crown of thorns around them. Some people think the letters 'IHS' are from the Latin 'Iesus Hominum Salvator' which means 'Jesus the Saviour of Mankind'. The letters are surrounded by the crown of thorns worn by Jesus on the cross. The wafer box carries the special maker’s mark of Omar Ramsden and also an inscription on the base in Latin: OMAR RAMSDEN ME FECIT which means 'Omar Ramsden made me'. 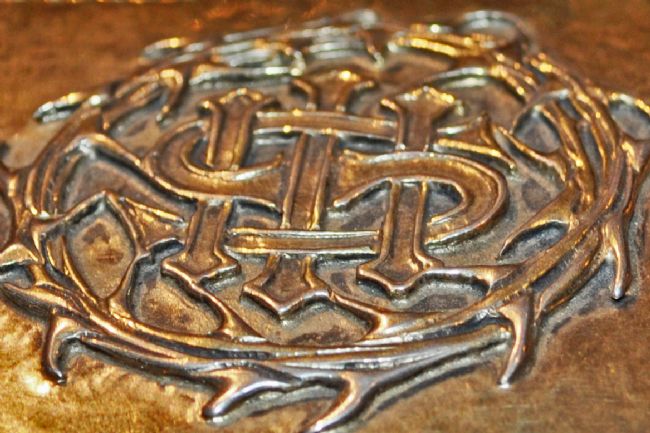 Detail of a Silver Gilt Box in Memory of George Ambler

What was it used for and who used it?

This wafer box was given to York Minster in memory of a soldier, George Ambler who died of wounds during the First World War. Ever since it was donated to York Minster, this wafer box has been used to store wafers (usually made from wheat flour and water) which are eaten during the service of Holy Communion. During Holy Communion (which is sometimes called the Eucharist or the Lord’s Supper) a 'communicant' receives a wafer (or sometimes a piece of bread), to symbolise Jesus' body and a sip of wine, to symbolise Jesus' blood.

Holy Communion is important to Christians because it helps them to remember and celebrate. Christians eat bread and drink wine to remember Jesus' last supper. Christians celebrate Communion because they believe Jesus died for them. This object was given to York Minster so that George Ambler could be remembered and his life could be celebrated.

What's so special about it, what is its story?

This object was given to York Minster in memory of George Ambler, who died aged 23 in 1917. George died of wounds at London General Hospital, which he received at Loos, France in July 1917. 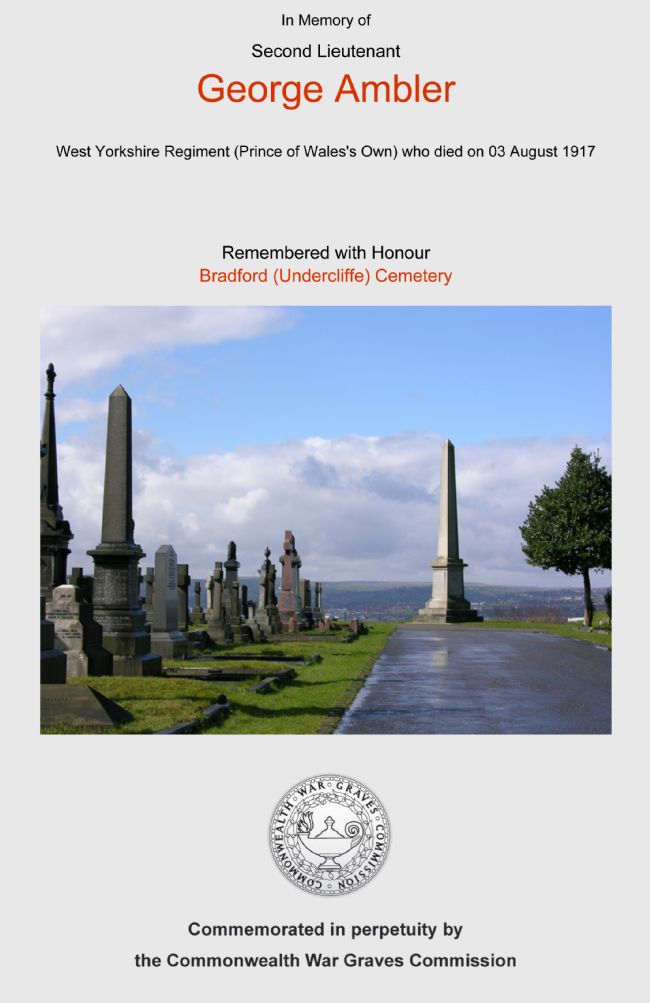 York Minster has four regimental chapels. St George’s Chapel, a regimental chapel for the Prince of Wales Own (West Yorkshire) regiment was set-up in York Minster in 1926. George Ambler served with this regiment and we believe that this object might have been donated by George’s sister*, as this new chapel was being set-up.

This precious wafer box, given in memory of a fallen soldier, is used every Sunday during Holy Communion services at York Minster and in this way George Ambler is still remembered. 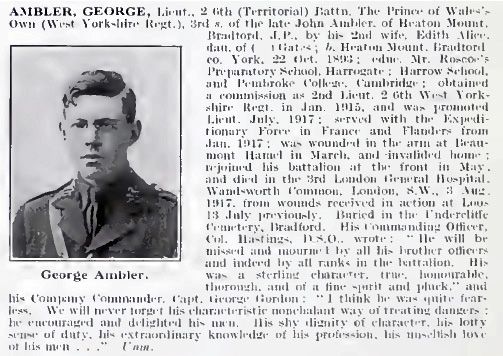 Extract about George Ambler
*Recent research tells us that George was a son of John Ambler a wealthy textile manufacturer in Heaton Bradford, that he is buried in Undercliffe Cemetry, Bradford, that his sister was called Mabel and that he left over £36,000, but had no will.

Chapel - a place smaller than a church used for prayer
Donate - to give something without expecting anything back
Inscription - writing on a monument or in a book
Manufacturer - maker, factory producer of a large number of items
Memorial - something to remind people of someone who has died
Regiment  - one of a number of army groups led by a Colonel
Next section