John Yorke was an enslaved person from Africa, or with African heritage, trafficked to Jamaica and then brought to the Yorkshire Dales. The image below is a record of his baptism at Marske near Richmond in 1776. This was discovered in 2007 when Mrs Thornton from Bradford was researching her family history. 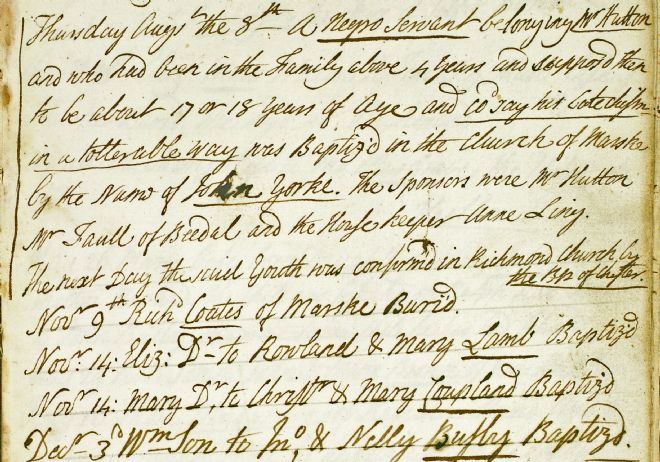 Mrs Thornton discovered that her ancestor came from Fish River plantation near Montego Bay in Jamaica. He was brought to England by the enslaver and plantation owner's daughter Elizabeth Campbell, who married a wealthy widower John Yorke, of Richmond. We do not know whether this was a willing or unwilling transportation. Mrs Thornton believes he was given his new family name, John Yorke, but by 1772 John was 'owned' by John Hutton of nearby Marske Hall. If you look at the baptism document you can read that John was with Hutton for four years before he was baptised, but he was allowed to keep the name of Yorke. What we don't know for sure is how old John was when he first came to Yorkshire. Baptism was often a way of ingratiating into English society and being given an English name, and owners were often listed as ‘sureties’, or godparents. We could now see this as an act of microaggression and racism, part of removing someone’s identity and heritage.

Mrs Thornton did find out that John's life improved after he saved a gamekeeper's life and was given a cottage. We don’t know whether he was freed prior to legislation. The family he raised has 130 descendants, but only 14 in the male line. Mrs Thornton is descended from John's prizefighting son William, born in Marske in 1803. His son George moved from North Yorkshire to Bradford to work at Bolling Iron Works. He died in 1910. 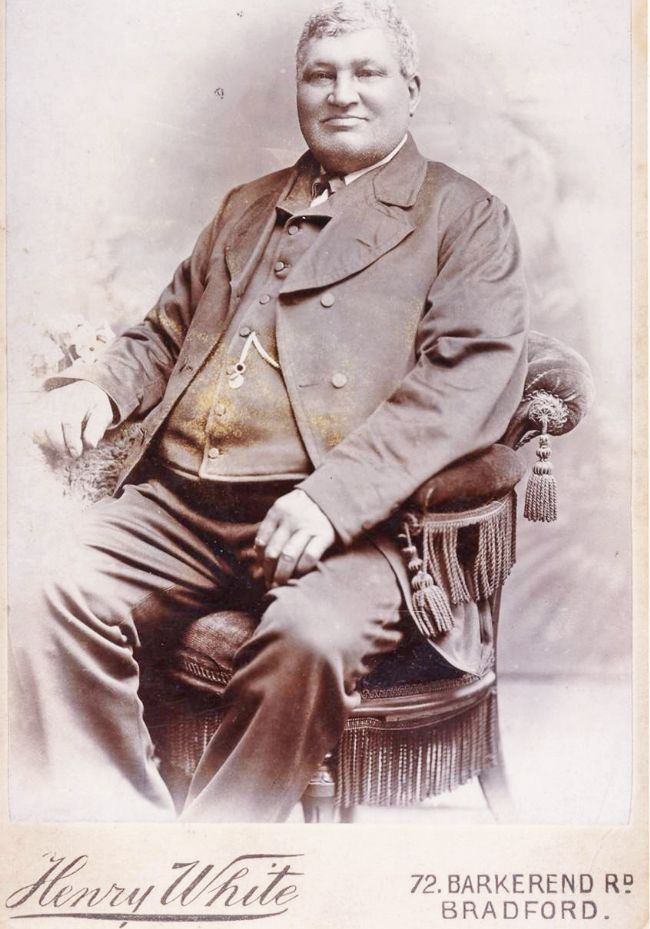 "When I found out I was related to [an enslaved person] I was amazed. But when I learned about John and his life and of his family I was very proud. I think he too would be proud of what has happened to his family over the years. I feel quite humble that I have come from stock which suffered untold hardship. To think that, if not John, then one of my ancestors had to come across from Africa to Jamaica on a slave ship and suffer those horrors is very moving." 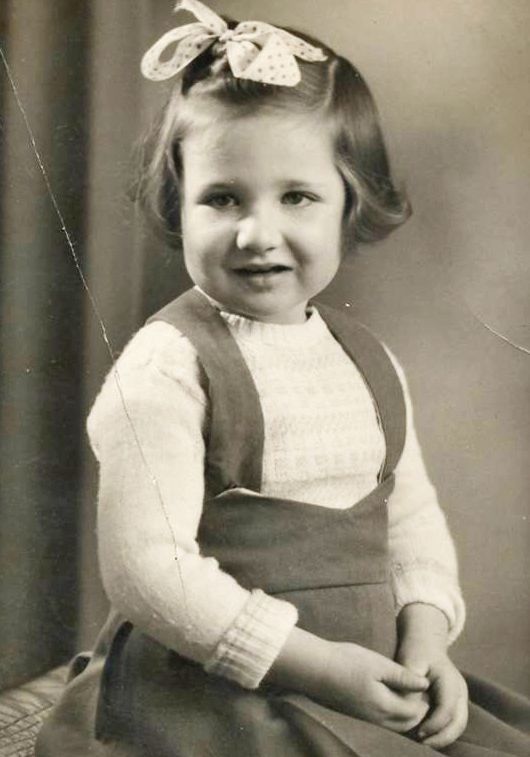 The original baptism record is quite difficult to read partly because it is in handwriting that we are not used to reading, and partly because there were different spellings or abbreviations used over 200 years ago. We have created a transcript that explains some of the different spellings from today. In the past, there wasn't a common form of spelling. People just wrote down what they heard. This meant where there were different accents in different parts of the country the spelling of words would vary.

It also refers to Yorke as a 'Negro Servant'. The original documents also contain language that we find offensive today. Language changes over time. Current thinking is to use:

“ ‘enslaved person’ instead of ‘slave’; ‘enslavement’ instead of ‘slavery’, and ‘trafficking of enslaved Africans’ or ‘slaving’ instead of ‘slave trading’. This emphasises that ‘slave’ status was institutionally forced upon people and is part of a conscious attempt not to linguistically reproduce the violence of slavery that stripped people of their humanity.”        From Amanda Kaufmann, Black Tudors

The legislation protecting the interests of enslavement in Britain was still in full force at this time. However pressure was forming against the practice. The Committee for the Abolition of the Slave Trade was formed in 1787. William Wilberforce, the MP for Yorkshire at the time, led the parliamentary campaign for abolition, which was abolished by the Slave Trade Act of 1807, and slavery itself was abolished in the British Empire in the Slavery Abolition Act of 1833.

Things to think about

When talking about sensitive topics such as enslavement, racism and colonialism with your class, some of the language, terminology and ideas of the past are offensive today and need framing in terms of their historical context. Carefully using source material (letters, diaries, objects) as historical evidence is not a promotion of historical ideas, but a reminder of how easily humans can use propaganda and ideology to dehumanise others. To help with this framing, you may wish to talk about ground rules with the class and look out for language around ‘otherness’ and difference.

Mrs Thornton is a living descendant of John Yorke and is very proud of him and his story. Whilst framing the actions of the past within the relevant time period and a modern context, we have to be ethically aware and respectful of people’s family histories.