The Overseas Club and Empire Day 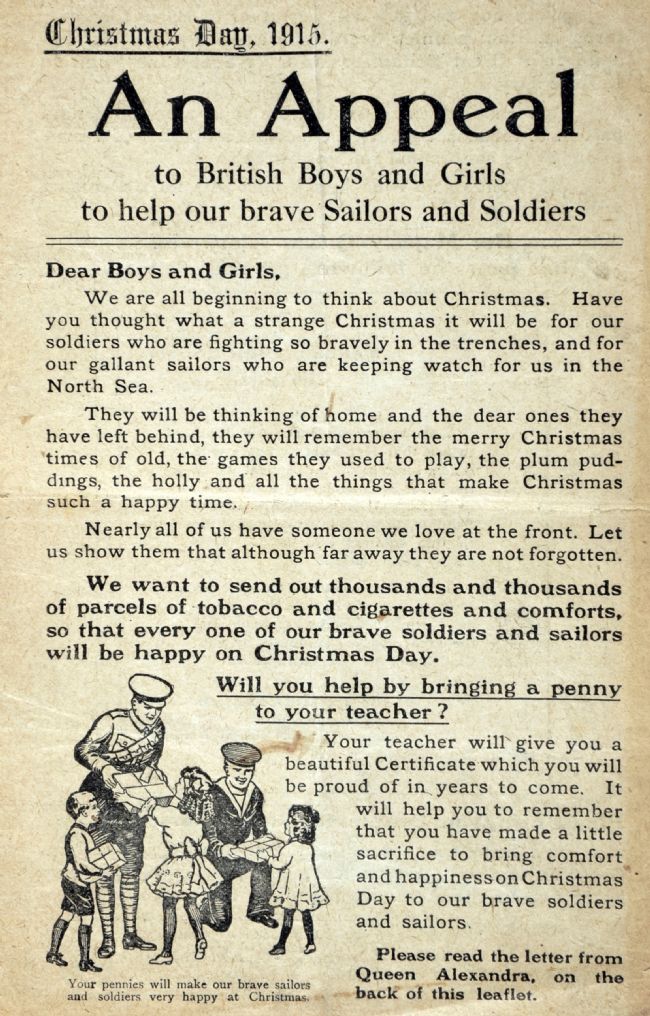 The girls at Bridlington Girls’ High School organised a Christmas tea party in 1915 for 100 younger children whose fathers were away fighting at the front. The girls also made gifts such as shirts, bed-jackets, socks, slippers and plum puddings which they sent to hospitals and to servicemen. 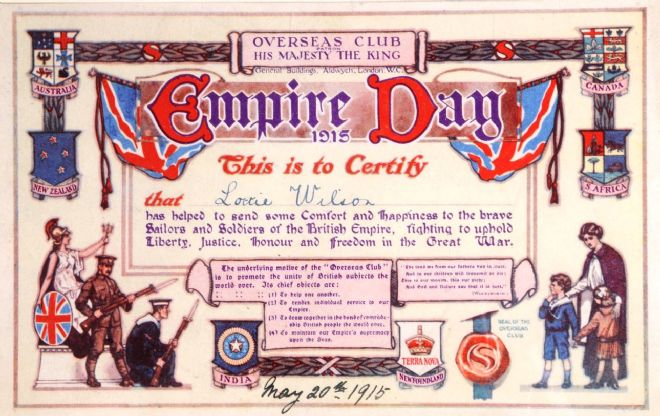 In 1914 a charity called the Overseas Club started an appeal to schoolchildren to raise money to send Christmas presents to soldiers and sailors serving overseas.

Children were each asked to bring a minimum of one penny, roughly 50p in today’s money, to school for their teachers to collect.

The money was used to buy cigarettes, tobacco, socks and chocolate to send to those on the front line. 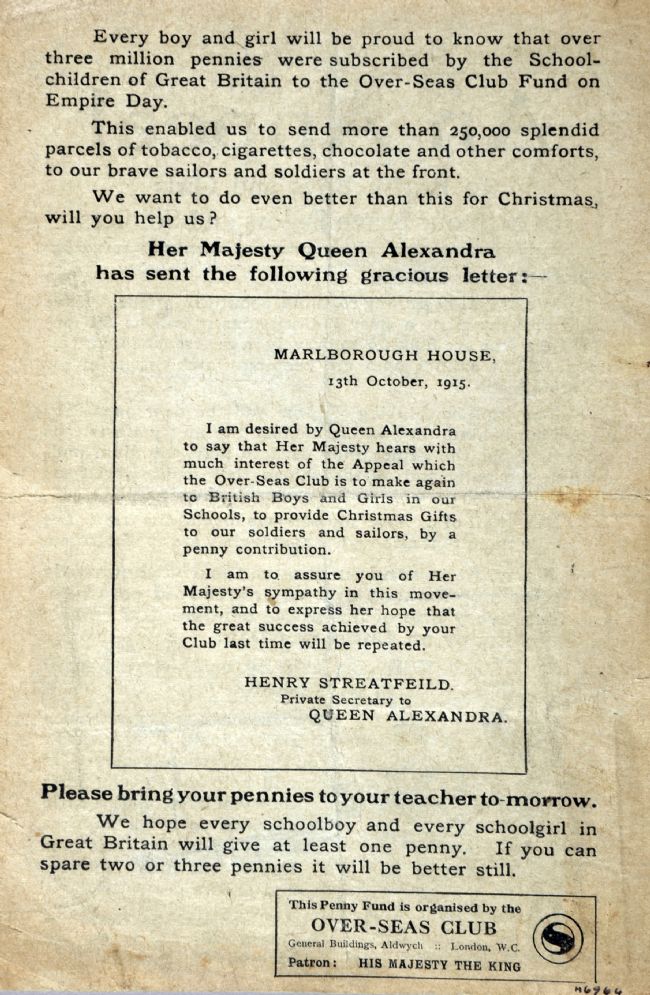 A similar appeal on Empire Day in May 1915 raised over three million pennies, and the Christmas appeal was repeated in 1915. The Overseas Club sent certificates to thank children who raised a certain amount of money.