Monopoly – More than Just a Game?

The game of monopoly has been around since the early 1900s. And it’s still popular now. It was made by Waddingtons in Leeds.

But did you know that during WW2 monopoly boards helped thousands of Allied soldiers escape from German prison camps? This is a story of intrigue, deception, invention, bravery and adventure.

The story starts with someone called Christopher Clayton Hutton and the famous game company Waddington’s, which was based in Leeds.

Hutton was a soldier, journalist and inventor and had always been fascinated by escapology, having met Harry Houdini when he was young.

In 1939 Hutton was employed by the British Secret Service MI9 to help prisoners of war escape from German prison camps across Europe. During the war, large numbers of British airmen crashed over enemy airspace and were then held as prisoners behind enemy lines. MI9’s role was to get as many back to safety as possible and Hutton’s role was very similar to James Bond’s Q.

Hutton experimented with lots of different escape ideas including: cloth maps sewn into uniforms, compasses so small they could be hidden on the back of a buttons, blankets with clothing patterns on them, which could be cut and sewn together by POWs and shoe heels with knives hidden in them. German prison guards discovered many of these and so Hutton was always thinking of new ideas. 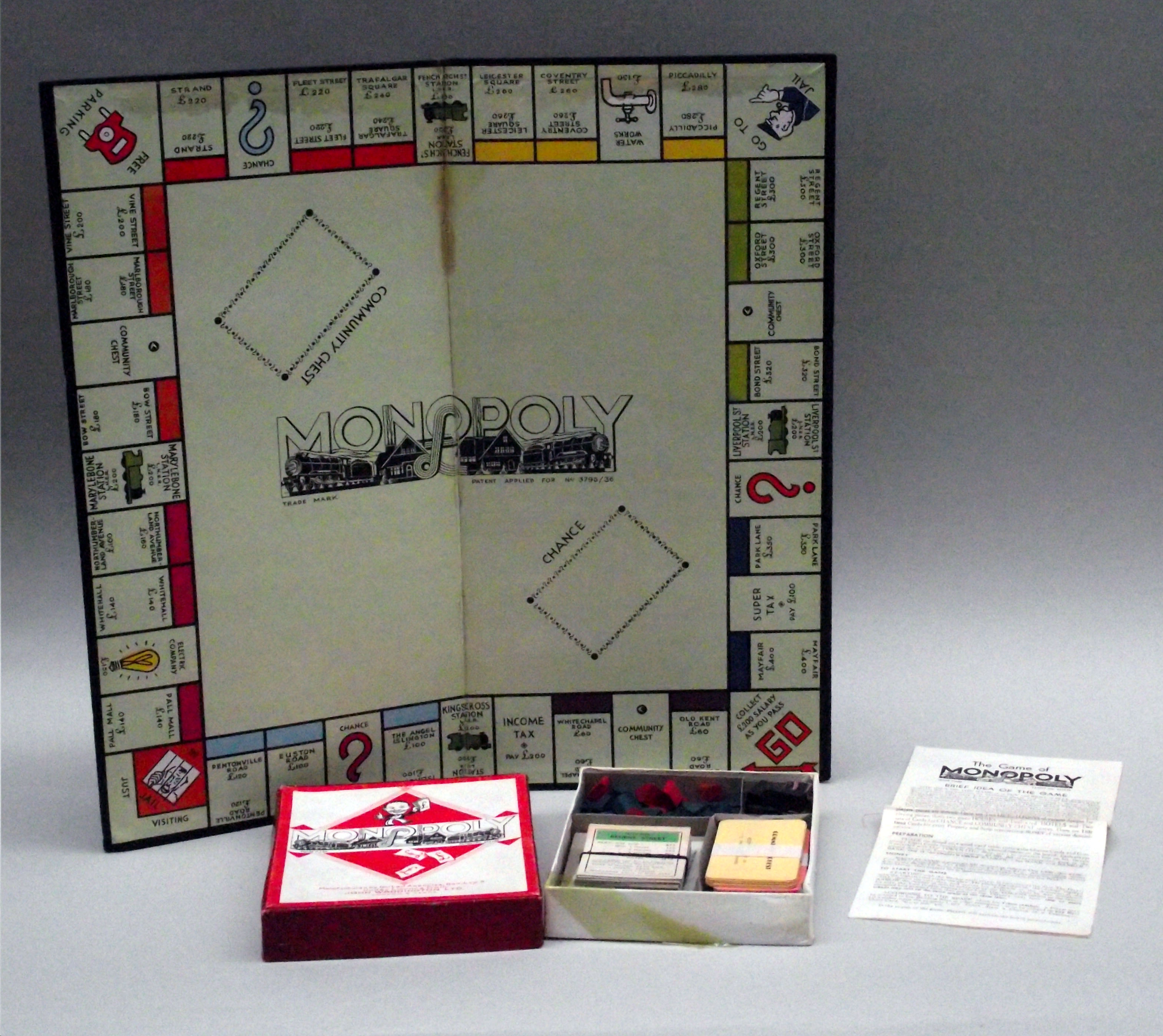 In 1941 Hutton worked with Waddingtons on an ingenious plan to create escape kits hidden inside Monopoly boards. Waddington’s had been producing games like Monopoly for years.

The escape kits included silk maps of European countries, such as Norway, Sweden, Germany, France, and Italy. Other tools like knives, metal files, miniature compasses, rope and real money were also hidden in the boards.

Hutton was careful to make sure ‘escape boards’ were the same weight and depth as the original Monopoly boards. Why do you think this was important? Silk was the best materials for the maps because it wouldn’t tear or dissolve in water as easily as paper and was light enough to crumple up into a small space. Silk maps also wouldn’t rustle and attract the attention of prison guards.

The next challenge was to smuggle the ‘escape boards’ into the Nazi prison camps. That turned out to be easy. As part of the Geneva Convention Germany allowed charities to send POWs games to play. The Germans thought that playing games would distract the POWs from trying to escape and make them easier to control.

The ‘escape boards’ were given to fake charities to send out to German prison camps for the POWs. Every soldier that was about to be sent on a mission was told about the escape kits in case they were captured.

A special mark was used on each escape board to show which map was hidden in it. This made sure that the right escape maps were sent to the right POWs.

A full stop mark after Marylebone Station meant an Italian map; a full stop after Mayfair meant maps for Norway, Sweden and Germany, and one after Free Parking meant maps of Northern France and Germany.

The German soldiers were never suspicious of the monopoly games and they never discovered the hidden escape kits.

This Monopoly game was produced in Leeds during WW2, although it is not a POW escape version.  It features a card spinner and card and wood playing pieces, due to wartime restrictions on materials. © Leeds Museums and Galleries.

You can watch a video all about the special Monopoly boards, and download a magazine article about silk other escape maps made maps at Waddingtons, including exploding gun cotton maps!