A WW1 Campaign for Equal Pay

The design on the brass-like metal badge below includes sparks to represent the welding process. These badges were worn by members of the Society of Women Welders (SWW). 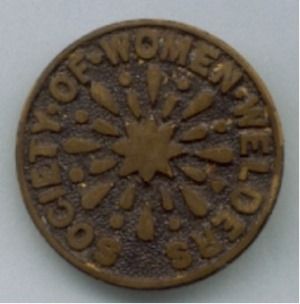 Metal badge inscribed 'Society of women welders' decorated with sparks
On the outbreak of the First World War, thousands of men joined up and from 1916 they were also conscripted. Women were needed to fill their jobs, especially in industry and in munition and armament factories. Nearly two million women went to work in wartime factories, and some of them became welders. 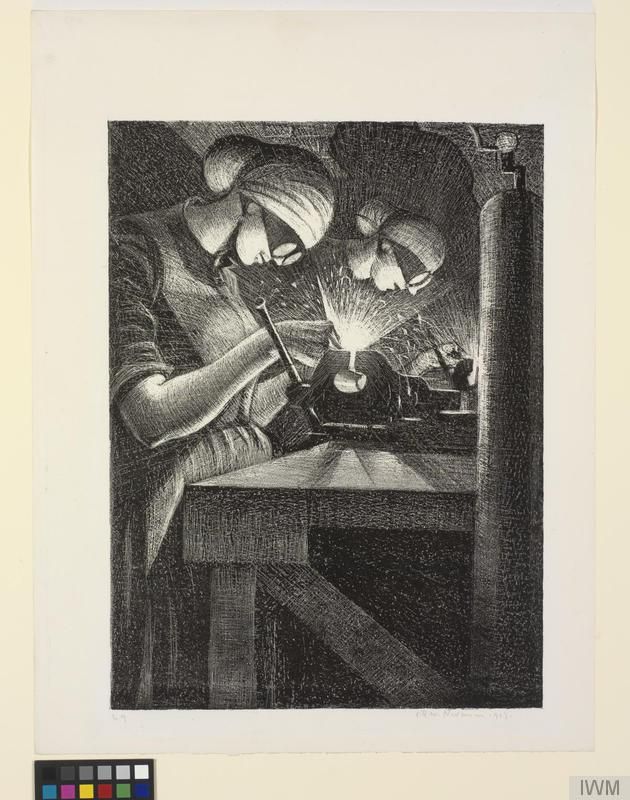 Lithograph of Two Women Welding
War artist CRW Nevinson went to sketch women welders at work in 1917. The lithograph above shows two women at work with very few safety precautions.
Many women had already been working in industry long before the war. For example, by 1914 a large proportion of the workforce at the Sopwith Aviation Company in Kingston upon Thames was female. Their welders and engineers produced over 13,000 aircraft between 1914 and 1918, including the famous fighter plane the Sopwith Camel.

The SWW was founded in 1916, after female welders at Sopwith’s and other big firms discovered that they were being paid less than male welders and they decided to get together to try to change this. Some of the women welders were also suffragettes, so they were used to campaigning. With help from the Women’s Trade Union League and the London Society of the National Union of Women’s Suffrage Societies, they successfully negotiated a pay increase from 8 pence to 9 pence an hour, bringing them closer to the male welders’ rate of 1s (12 pence) per hour.
The work done by the Society of Women Welders and thousands of women in other roles made British women’s contribution to society more visible. When women were doing the same skilled work as men the fact that they were not able to vote seemed old fashioned. In 1918, the Government granted the vote to women aged 30 who also owned property. Ten years later, the law was changed so that women were able to vote on equal terms with men, then at age 21.

Armament - military weapons
Campaign – organised activities to achieve a goal
Conscripted – when a government passes a law to force a certain group of people to join the armed forces
Contribution – something that is given for a purpose
Lithograph - printing method. An image is formed on a metal or stone surface by putting grease in the areas to be left blank. Printing ink is added, which sticks to the ungreased areas and the whole plate is pressed on to the paper.
Munitions – all or any kind of military equipment and stores, including weapons
Negotiate – to discuss conditions and make a new agreement
Outbreak – sudden start of something
Proportion – part of
Welding - process used to joins materials, usually metals, by heat and/or pressure and causes them to fuse together. This is different from lower temperature metal-joining techniques such as soldering, which does not melt the base metal.
Next section