We are a city that welcomes people.  Find some of their stories here.
View resources Teachers notes Share View related stories
Add to board

There are many more stories that could be told. Use these stories as a springboard to tell your own, reflect on communities, make it personal and relevant for your pupils. 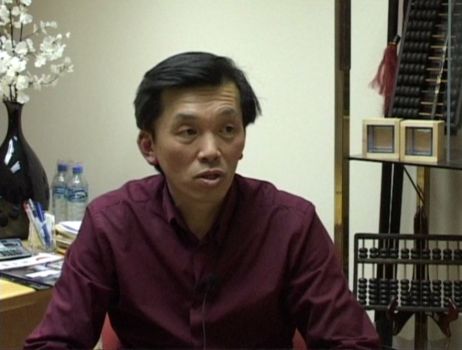 Derek owns the Wing Lee Hong Company, which runs a Chinese supermarket and cash and carry warehouse in Leeds. He took over the running of the business from his father, who had started out in a fish and chip shop and grocery store in Liverpool in 1957. 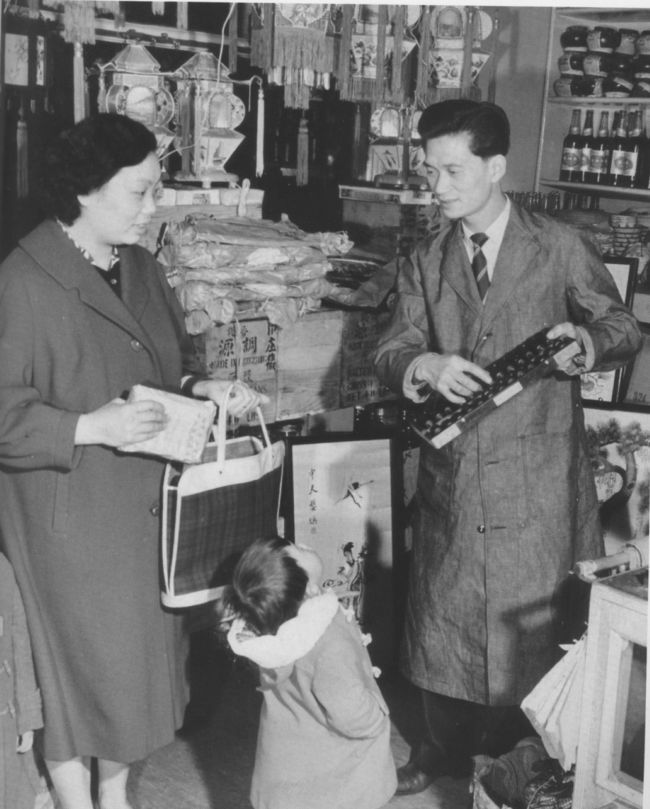 In this audio clip from 2008, Derek talks about his roots in Liverpool, and how he built up the company to the thriving business that it is today - very popular, not just with the Leeds Chinese Community, but with anyone who loves Chinese food and culture.

Adrian Sim Wee Wang is from Kuching, in the southern part of Malaysia. When filmed in 2008, he was 23 years old, and had come over to the UK to study engineering at Leeds University.   You can hear him talking about why he wanted to come to the UK, about celebrating the traditional Chinese festivals here with his friends, as well as how he used to celebrate with his family in his home town.  Listen to his story below: 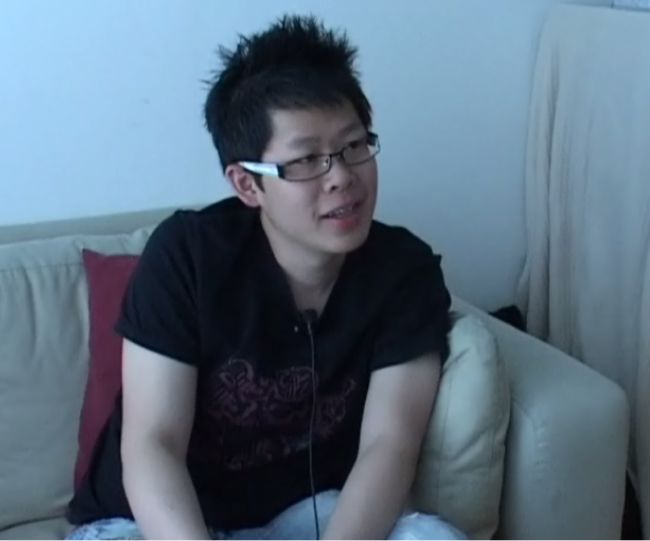 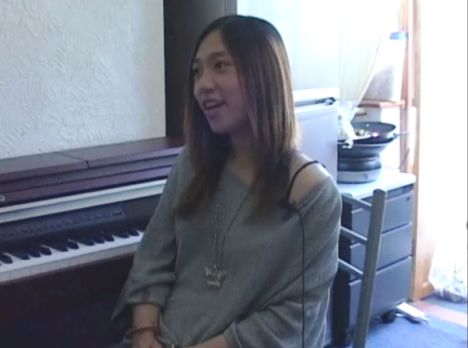 Xin Zhe Chai was recorded in 2008 when she was 25 years old. She came from Malaysia and graduated as a Civil Engineer from Leeds University. Xin Zhe talks about her education in Malaysia as well as in the UK, why she wanted to come to Leeds to study, and what her plans are now she has completed her degree.  Is there anything she will miss about the UK when she goes back home?  Listen to her story below:

Derek, Adrian and Xin Zhe were recorded as part of 'China in Yorkshire', a museum and arts festival that took place during 2008 when China hosted the Olympics.  The festival was funded by the Heritage Lottery Fund and the Arts Council. 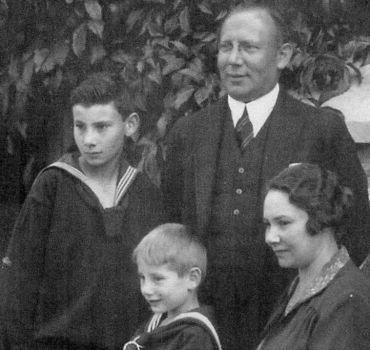 Heinz is from Fuerth, near Nuremberg in Germany, a hotbed of Nazi support where his family felt the full force of anti-Jewish legislation. Heinz and his brother escaped to England in 1939 and their parents joined them just days before the outbreak of war. 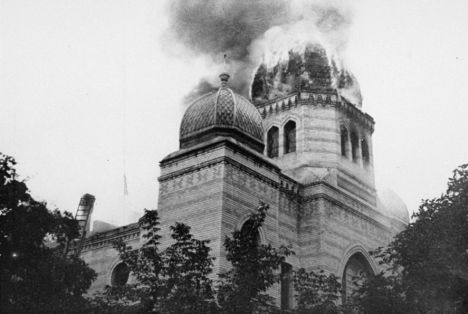 A Burning Synagogue in Nazi Germany

The Skyte brothers were designated 'enemy aliens' by the Leeds authorities and sent to an internment camp in Canada.  On his return Heinz married Thea in 1945, she was a fellow Jewish refugee who had arrived by Kindertransport.  Heinz is a Life President of the Holocaust Survivors Friendship Association (HSFA). 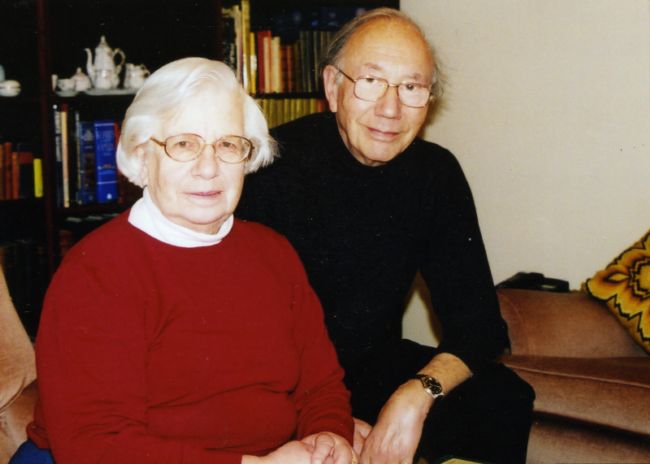 Yvonne and Francis carried the Olympic torch in 2012 through Potternewton and Harehills. Yvonne was nominated for her youth and community work in Beeston.

Yvonne talks about connecting the older and younger members of the community and carrying the Olympic torch in the six minute video below:

Francis talks about what being a torch bearer means to him, and how his grandma accidentally set her hair on fire from the torch in this video:

More films can be found on the Leeds Museums and Galleries You Tube channel.

Filmed in 2012, three generations talk about their Polish roots, their community and their faith and migration across Europe.

Helena was forced into a cattle truck with her family by Soviet soldiers and sent to Siberia.  Find out how her family escaped Siberia and her life and the lives of her children and grandchildren in this detailed film:

Omer and Zahera talk about their arranged marriage, their wedding preparations Islamic culture and faith and living in Leeds in this fascinating interview:

‘I was born in Barbados, I married when I was 25, and came to Leeds in 1960. My husband came first and we thought we'd stay a few years then go back to Barbados…. I'm from St Joseph, what they call Bashe Bay, East Coast Road. We lived by the coast, it was beautiful, we could hear the rolling of the sea… When my husband decided to come to England I was very upset as I didn't want to come here. He said to me the world won't turn upside down. After he left and came here I wanted to be with him and decided to come as well. I came because of him. I came 6 months later….

My first impression of Leeds was seeing the houses, I didn't know they were joined together. It took me a while to settle. I wasn't fully prepared to live here, we didn't have a proper home at first. My husband lived in a room and it was rough. Eventually we got something better. I have 3 children. The eldest son is in America, our daughter is a social worker, and a son in Leeds works in computers.’

Vivian is a members of the Leeds Barbados Association. She was recorded moving to Leeds from the Caribbean as part of the Moving Here project (2004-2007, funded by the Heritage Lottery Fund). The project has an archived website with more written histories.

Jack arrived in Leeds from Ireland in 1959 ‘for a look around’. Find out why he stayed, and his thoughts about the Irish community and culture in Leeds by listening to the audio.

In Part 1, Jack talks about coming to Leeds, hisitorical reasons for immigration from Ireland to England, and the welcome he received in the city.

In Part 2, there is some Irish music and Jack talks more about Irish culture.