Music on the Streets

Leeds has a unique and vibrant busking scene, where individuals and small groups play on the streets of the city for contributions in the ‘hat’.

Meet five buskers who were performing on one Saturday in Leeds City Centre in 2017:

Marcus is a rapper, Tinumien plays the harp, Ella plays the guitar, Nathan plays percussion and Peter sings. Hear their stories and songs as they show us the fantastic diversity of street performance in Leeds.

There are a few rules if you want to try busking. In Leeds, you don’t need a permit, but there is a Code of Conduct for buskers. 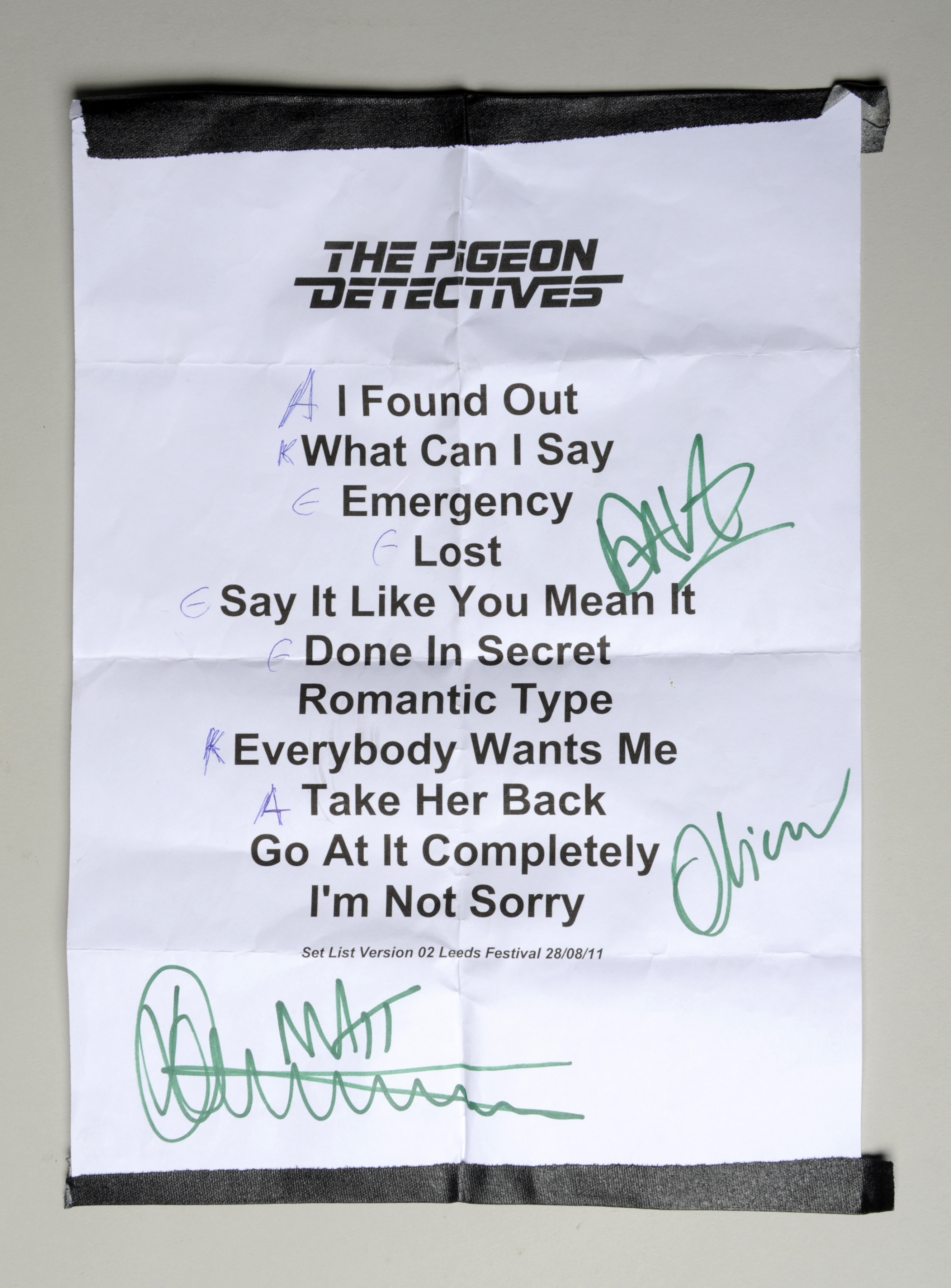 The city streets fill with music for Carnival. Find out more about Carnival here.

Let’s start a band! We’ll be bigger than the Beatles!

Bands and formed and friendships forged every day in our city. Most of the time, bands start as a few people who can play an instrument getting together and having a jam, playing and writing music they like. Most of the time it’s a bit of fun, playing for friends at school, college or a local gigs, but a few bands have regional, national or global success.

Here are a few bands talking about their experiences.

The band members of Dear Atria met doing the same course at Leeds College of Music. When they were filmed 2013 at a Heavy Metal night at Eiger Studios, the band had been together for seven and a half months. They talk about putting together an EP to showcase their work, using social media and trying to get gigs to get their music out there. Danielle Wright from Dear Atria admits ‘making friends with other bands is probably one of the best ways to get gigs’.

The night is run by promoters, Lime Promotions. The staff from Lime Productions talk about how they aim to help Leeds acts as well as others from the local regions, mixing up the billing by incorporating new and upcoming acts with big acts.  See the film here. 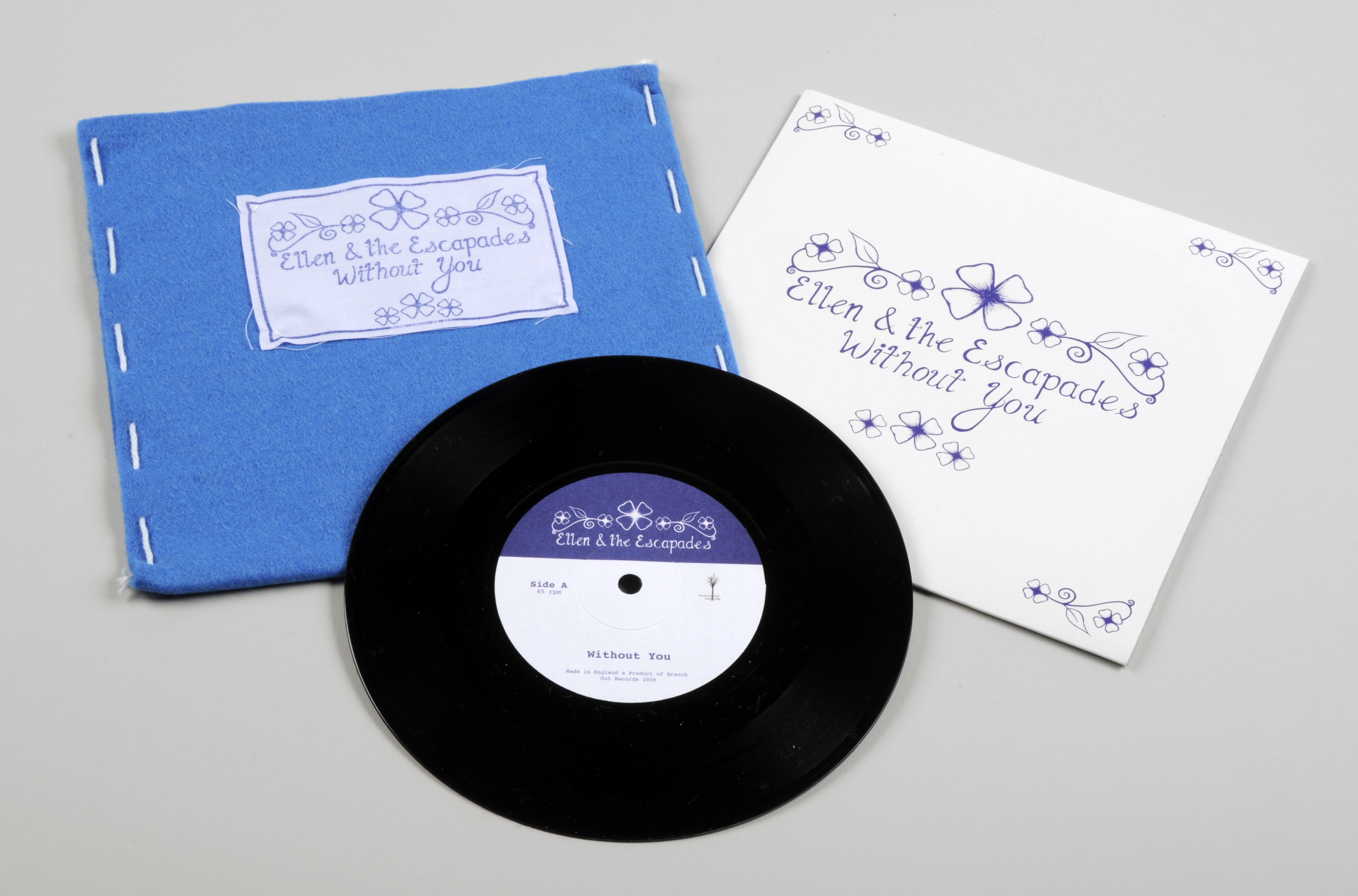 Record Single: Ellen and the Escapades

Ellen Smith and James Warrender from Ellen & The Escapades discuss how the band met studying at the Leeds College of Music. They were successful quite early on as a band and played at the Leeds and Reading Festivals. They talk about Leeds Fest as accentuating the fact Leeds has a massive and diverse music scene. The Brudenell Social Club is their favourite venue in the country, maybe the world. Ellen says ‘There is so many venues and so many nights, with stuff going on all the time’ and James notes ‘I’m not massively into it but I hear there is a pretty good hip hop scene’.  Watch the video here. 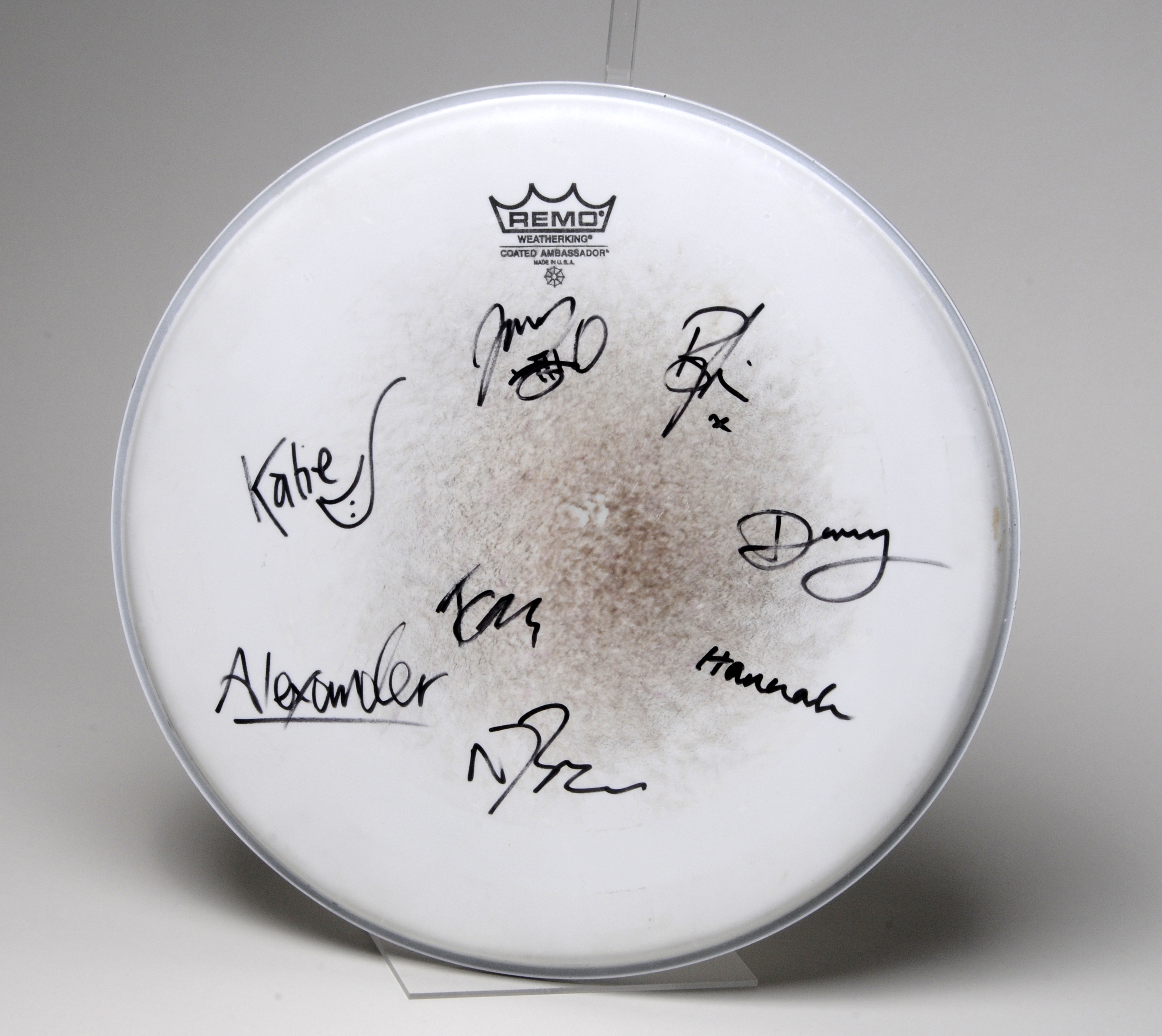 Do you want to make it big? Lots of bands enter Battle of the Bands or competitions to get noticed. One of the bigger competitions is the Futuresound competition. The winning band gets to play the Leeds and Reading Festivals on the Republic Stage, and the winners of the 15 heats play the BBC Introducing Stage, so it can get a band a lot of exposure and coverage.

The competition was at the Cockpit in Leeds, which opened in 1994 and closed 2014, and was ‘one of the most cult, iconic venues for live music in Leeds’. Rob Rhodes from one of the bands, Red Chevrons, states ‘being in an unsigned band, to get to The Cockpit, it’s quite good to play there, one of the venues you wanna play in Leeds really’.

“No venue is like The Cockpit though, it’s really kind of an honour to be here, The Cockpit is kind of this legendary venue’.

Watch the video about the Futuresound competition.  Teachers note:  at timestamp 1:00 the video shows a poster that contains a swear word.

When you do make it big, then you write songs about your home town. The Kaiser Chiefs 2004 single, I Predict a Riot, paints a pretty bleak picture of a night out in Leeds with ‘folks getting lairy’ and fights. With the band growing up in and around Leeds, was this their experience as they started to gig? Drummer Nick Hodgson has said, ‘I used to DJ with my friend Nick at The Cockpit in Leeds. We'd drive home past a big nightclub and there were always lots of police and people fighting. I went home and wrote the riff on the piano and started singing some words. It says: “A friend of a friend, he got beaten”. That was a friend of Nick the DJ.’ Singer Ricky Wilson added ‘but the weird thing is, we thought that was really peculiar to us and Leeds and our lives’.

The song also name drops ‘Smeaton’ in the first verse, and says he’s ‘an old Leodensian’. John Smeaton was a Leeds born engineer, who designed canals and lighthouses, and who went to Leeds Grammar School.  Find out more about his work in this MyLearning resource.

Behind every band there are a lot of people, organisations and supporters. The music business is a massive sector, employing many people in Leeds, and across the country. 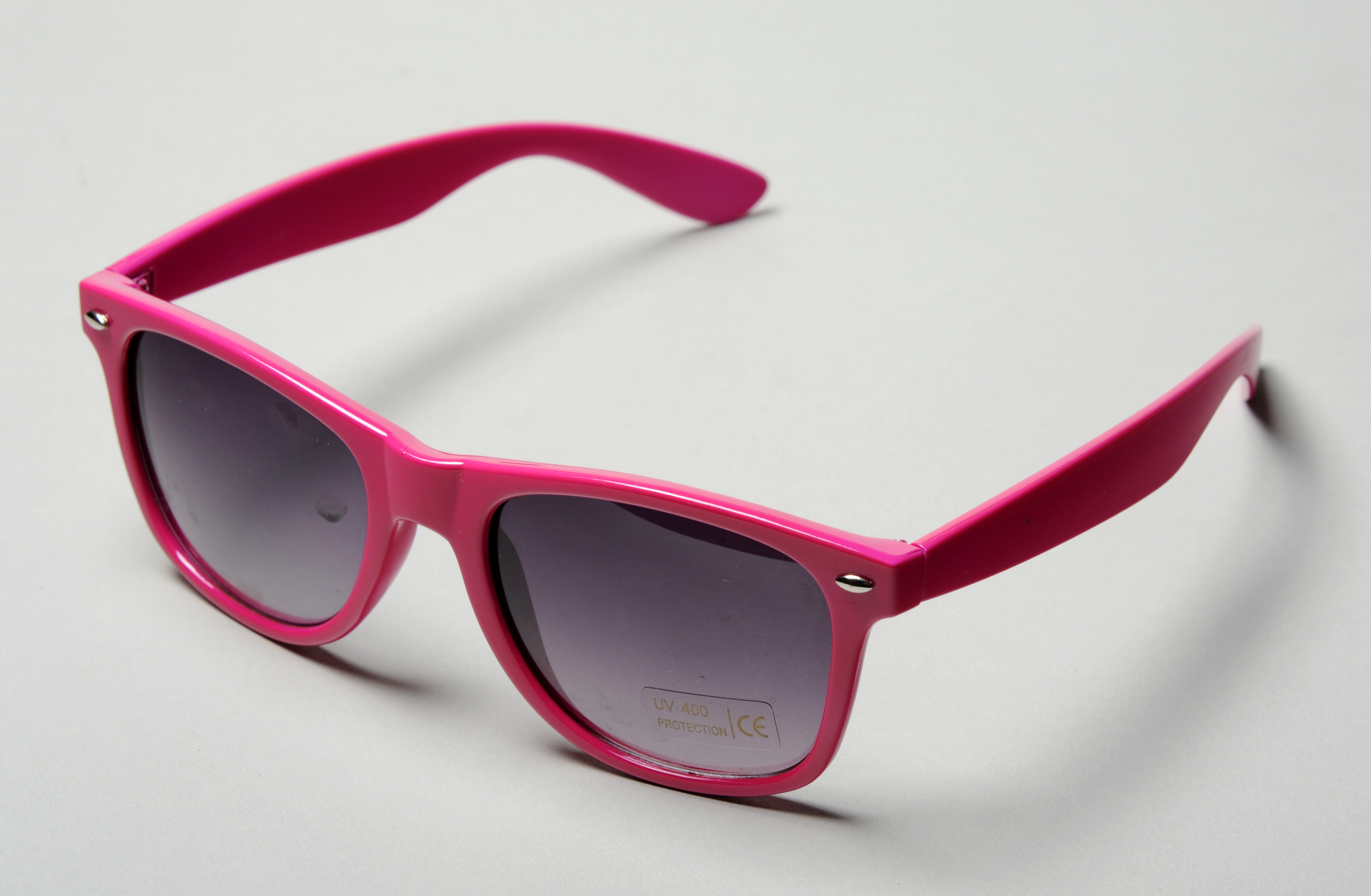 And when you make it big with your band, you play the Leeds and Reading Festivals over August Bank Holiday weekend. The headline acts swop sites over the three days, meaning that both sites have the same line up.

Leeds Museums and Galleries holds the Leeds Festival Archive, begun in 2009.  Watch the video describing 'a day in the life' of Leeds Festival 2012.  Teachers note:  This video was shot at the festival and contains scenes of people talking about drinking alcohol and being drunk, some language has been bleeped and there are scenes of festival goers in skimpy costumes.  Please watch it through and check the content for suitability for your students.  The following snippets may be more suitable for younger audiences: timestamp 1:52 - 3:26 and timestamp 4:59 to the end.

Listen to Marcia Hylton, Karen Oakley and Steve Whetstone talking about their memories of music in the 1970s, sparked by the records in the Leeds Museums and Galleries collections. The films were made as part of the Silver 70s exhibition at Leeds City Museum between January and April 2012.

Karen, Marcia and Steve are talking about memories of being teenagers in the 1970s; however, the performers of the Bramley Elderly Action Singing Group performing "Leeds Children's Day Marching Song - FLOREAT, LOIDIS!" are recalling their childhood’s in the 1940s. They are performing the song which was written and composed by J. Harley Stones, Saville Green Council School, Leeds, about 1930, in the Community Gallery at Abbey House Museum on 25th March 2014.

Music can also become a major part of our lives. Michelle Ross is a collector of Cher memorabilia. She permanently wears a piece of her collection in the form of a Cher tattoo. Her collection was on display at the City Museum from July 2011 to December 2011.

Generations of Leeds children have taken part in the Leeds Schools Music Association concerts at Leeds Town Hall. These have been held annually since the 1930s and have given many thousands of children the chance to perform in this wonderful venue. (Photo attached)

It’s great to listen to music, and even better to get involved in making music. The music education hub for Leeds is the Leeds Music Education Partnership. 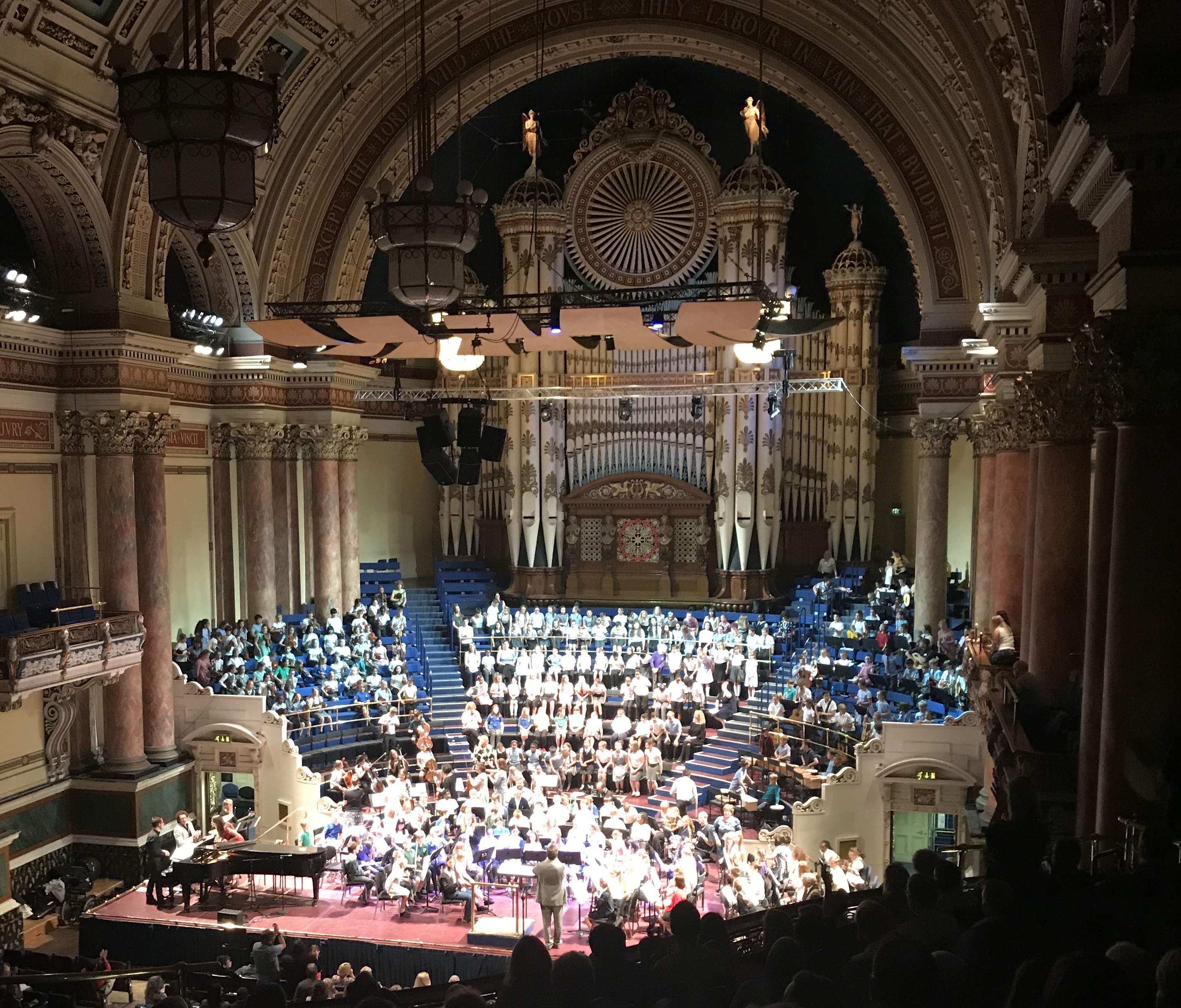 Drawing together a wide range of organisations, there are fantastic opportunities to take part in all kinds of music in and out of school. To find out more, see Leeds Music Edcuation Partnership in Supporting Links.