On 24 April 2018 a statue of a woman was unveiled on Parliament Square. This was of Millicent Garrett Fawcett, who was a women’s rights campaigner for over sixty years.

She became the first woman to be celebrated in a statue on Parliament Square for her role in British democracy.

Other statues there include Winston Churchill and Nelson Mandela. Millicent’s statue was commissioned from the artist Gillian Wearing as part of the official 2018 centenary - 100 years anniversary - of some women getting the vote in national elections for the first time. 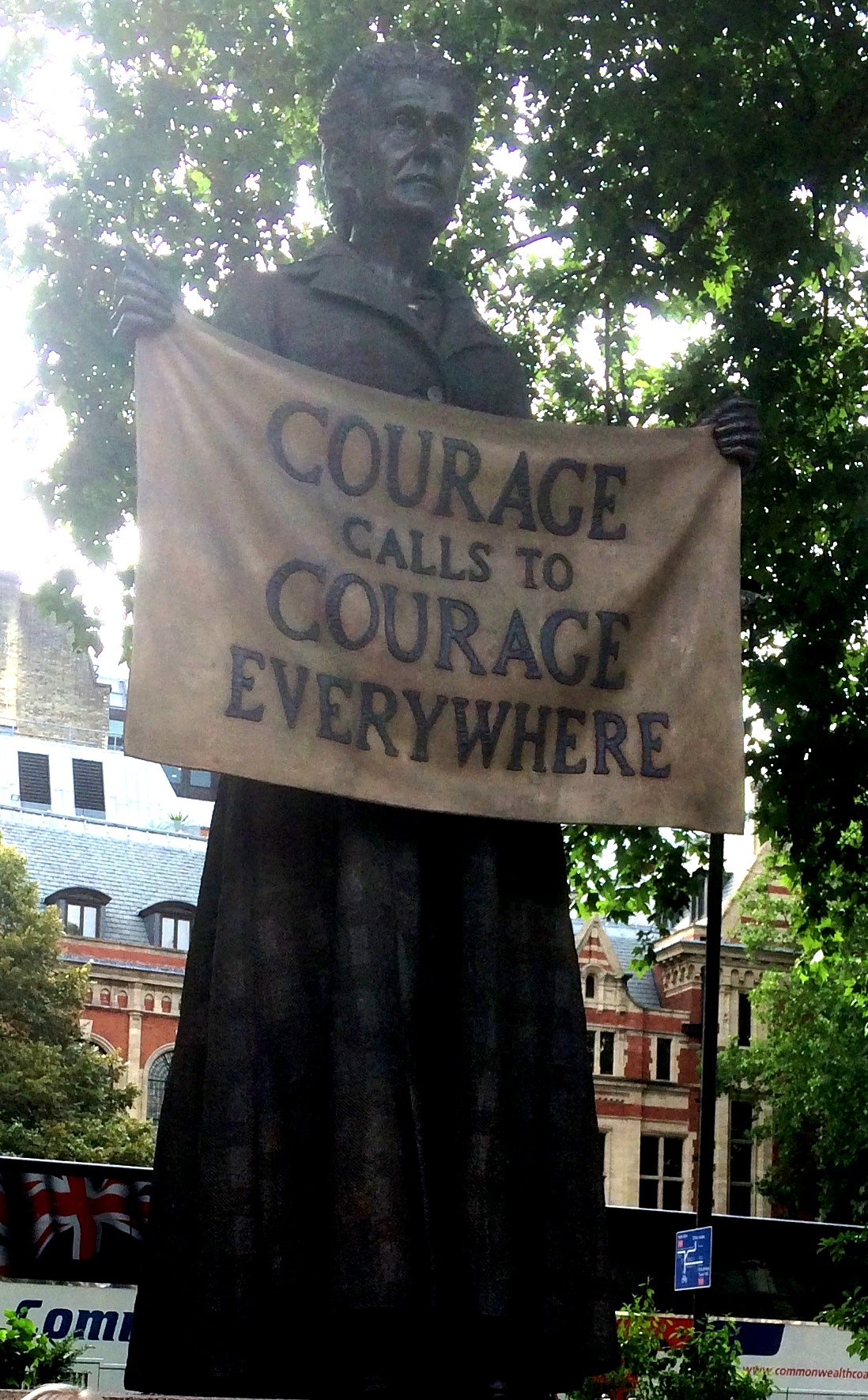 Millicent Garret was born 11 June 1847 to Newson and Louisa Garrett at Snape in Suffolk. She was the eighth of eleven children, only four of whom survived infancy. Like her older sisters Louisa, Elizabeth and Agnes, Millicent went to boarding school in Blackheath, London from the age of 11 to 15 years.

Her parents educated their daughters very well and all four became campaigners and / or developed careers. 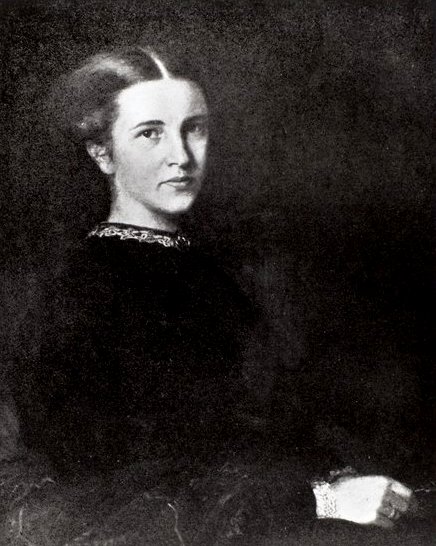 Millicent’s sister Elizabeth (1836 - 1917) became the first woman to qualify as a medical doctor in England in 1865. She opened her own medical practice a year later and then a surgery for women and children in a poor area of London. Elizabeth married in 1871 and became Elizabeth Garrett Anderson. She continued working while having three children and set up a training hospital for women doctors in 1874.

The Beginning of the Campaign

It was through her older sisters Louisa and Elizabeth that Millicent first got involved with the campaign for women’s suffrage - the vote in national elections - as a teenager.

In 1865 Millicent heard the politician and philosopher John Stuart Mill speak - Mill would call for women’s suffrage in Parliament in the next year.

Louisa and Elizabeth were involved in a group that organised a petition for votes for women in 1866. 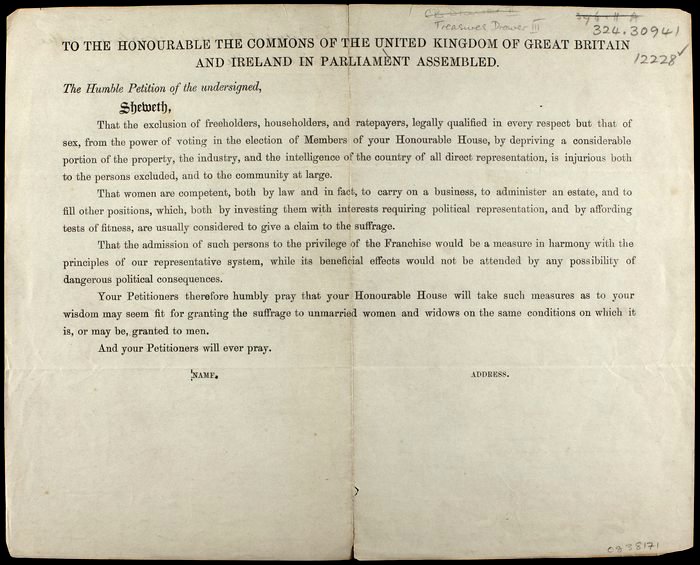 1866 Petition for Votes for Women

The petition in 1866 is largely credited with being the first organised campaign for votes for women in England. Women at the time had few rights.

Married women could not earn their own money until 1870 - working women’s income was the property of their husband.

Mothers did not have the right to have access to and look after their own children until 1839. 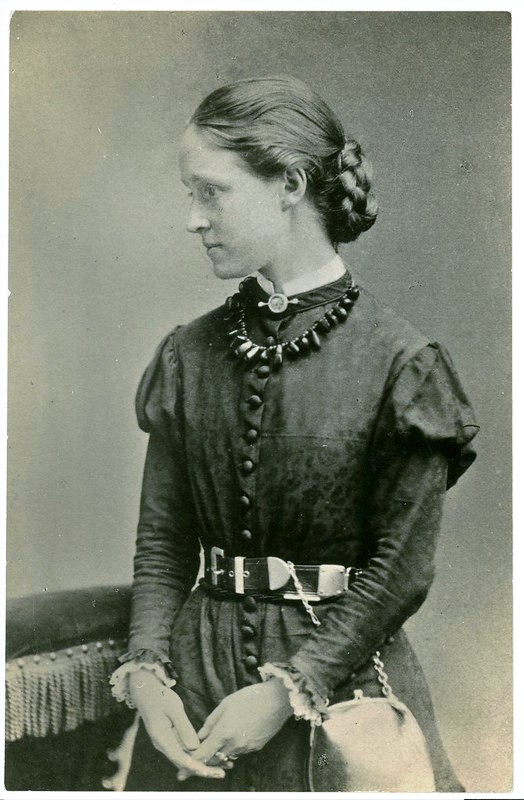 When she was 18, Millicent met the Member of Parliament (MP) and economist Henry Fawcett. He was blind and fourteen years older than her. They fell in love and married in 1867. Henry encouraged Millicent to write and make speeches in support of her causes for female education and against the abuse of women and children. 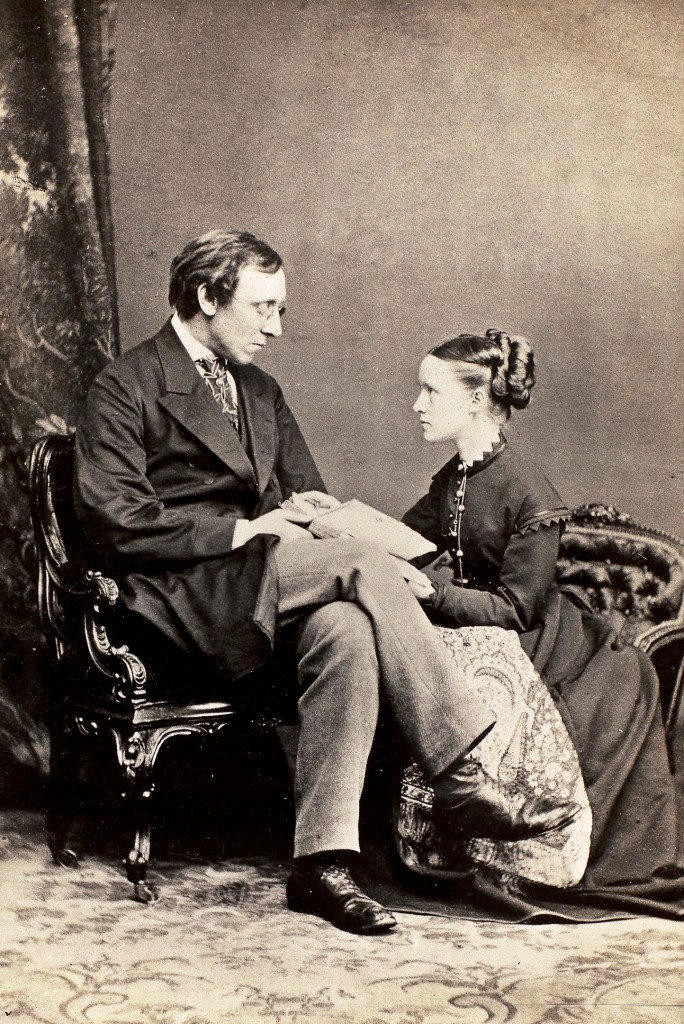 Henry and Millicent had one daughter, Philippa (1868 - 1948) who became the first woman to obtain the top score in a Mathematics exam at the University of Cambridge. Despite this, Philippa could not get her degree in 1890 as women were not awarded degrees by Cambridge until 1948. She went on to be a lecturer and developed new secondary schools in London.

Campaign - work together towards a goal.

Democracy - a system of government based on citizens having a vote, that is a say, in how decisions are made.

Election - an organised way of making a choice by having a vote, usually for someone to be in an important office (role).

Parliament - a place where people who lead the country meet to make decisions on how.

Petition - a request to do something, usually a document signed by lots of people.

Rights - what is allowed for to people to do, e.g. the right to have an education.

Suffrage - the right to vote in political elections.

Vote - a choice made between different options, usually made through raising hands or filling in a ballot.