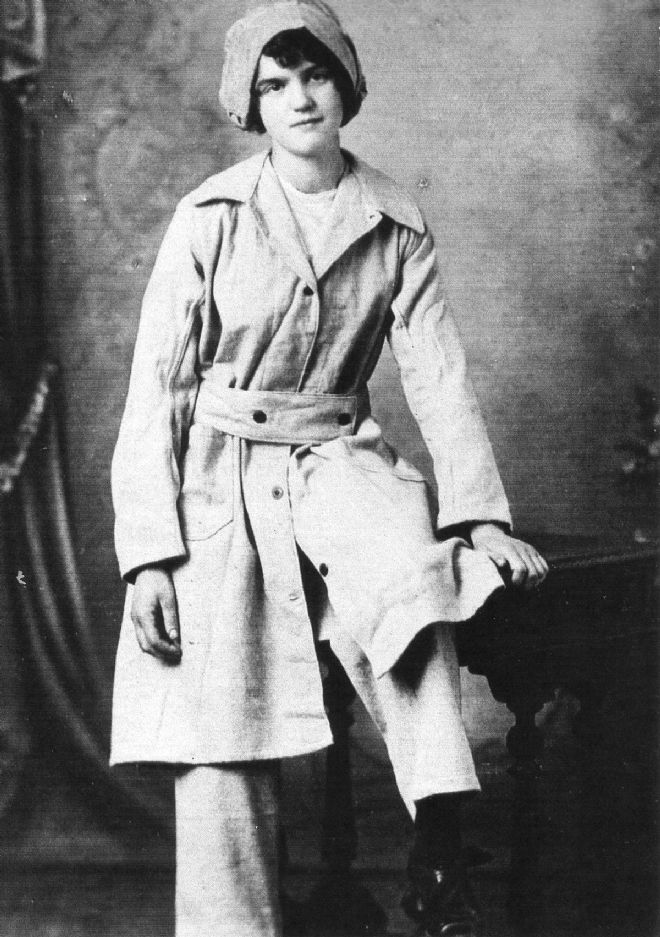 Female Factory Worker in Overalls
Between 1914 and 1918, hundreds of British factories altered their functions to make munitions. Over 890,000 women – teenagers, wives, mothers, even grandmothers – joined the two million already working in factories. They filled the gaps left by volunteer and later conscripted servicemen, many taking on jobs once believed to be too strenuous for women. 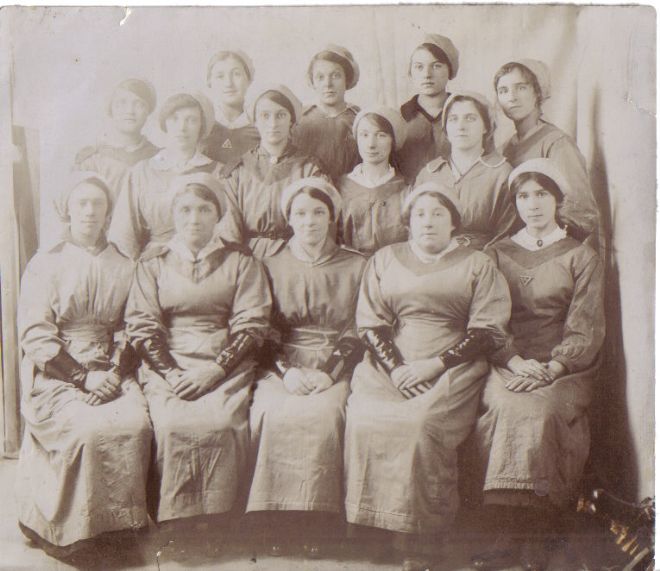 WW1 Female Tinsmiths and Welders
They worked long days in physically demanding, repetitive tasks, but also enjoyed contributing to the war effort and the camaraderie of working in a team, perhaps for the first time. Some factories organised social activities, or even started their own women’s football teams, from the Southwick Lilies to the Dog Daisies (see the My Learning resource on WW1 women’s factory football teams).
In 1916 R.M. Burridge, described her training in shell-filling at Woolwich Arsenal in London. At first she thought it 'a frightful waste of time' but, soon, she found, ‘I can get quite keen on the day's work'. Miss Burridge, who was from a wealthy family, for the first time met 'all sorts and conditions of men (and women)' when she became an inspector, working with 350 men, who were not, at first, very pleased to be managed by a woman. 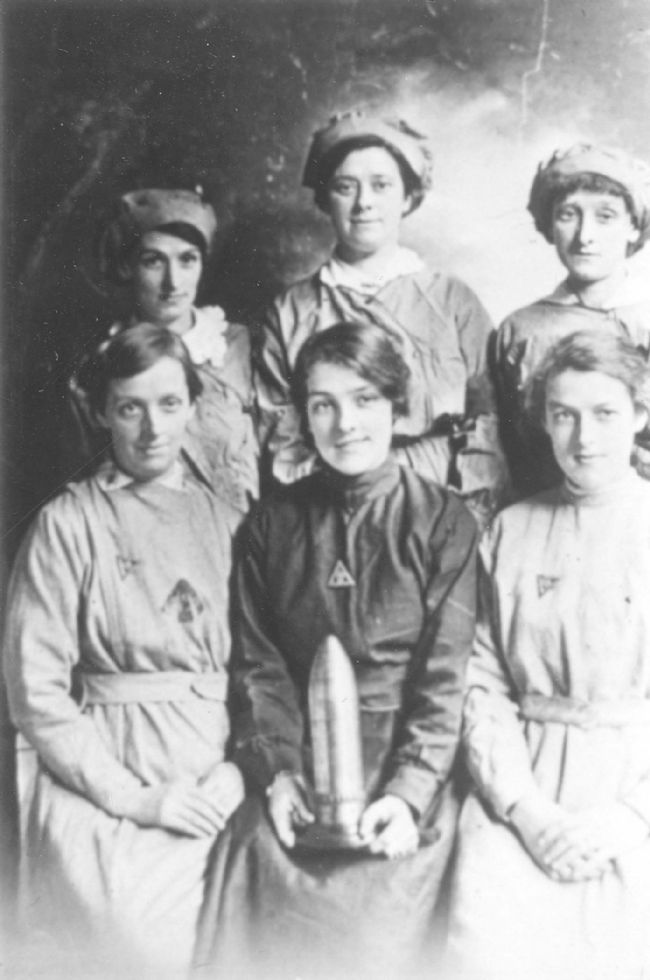 Six Female Factory Workers. The Woman in the Front, Centre, is Holding a Shell Case.
Although these women were doing vital war work, not everyone welcomed them. Trade unions felt that the presence of women workers, who were almost always paid much less than men (sometimes less than half for doing exactly the same job), might reduce wages generally. People even worried about women’s work clothing, in particular that they were starting to wear trousers instead of impractical long, trailing skirts.

Ammunition – objects like bullets, used in wartime fighting
Camaraderie – feeling of friendship in a group
Conscripted – legally made to join the armed services in wartime
Contributing – giving or doing something for a cause
Repetitive – doing the same thing over and over again
Next section