What would life in Tudor Leeds have been like?
View resources Teachers notes Share View related stories
Add to board

The Tudor period lasted from 1485 to 1603, the years when the Tudor family ruled England. Henry VII was the first Tudor King. He was followed by his son, the famous Henry VIII. Edward VI, Henry VIII’s son, then ruled as King, followed by Henry’s daughters Mary I and Elizabeth I.

The Tudor period was a time of enormous change. England began to build an empire which would exploit people and natural resources across the globe and make Britain very wealthy. The ‘new town’ of Leeds grew to become a small market town.

During the Tudor period, Leeds’ growth was dependant on the woollen industry.

Leeds’ success in the woollen industry was noted by John Leyland when he visited Leeds on behalf of Henry VIII in 1534. John said: 'The Toun standith most by Clothing'.

Between 1576 and 1580, the rate of baptisms, weddings and burials had more than doubled and by 1600, the population was thought to be 4000.
Have a look at the Parish Register from St Peters church in Leeds. It shows Baptisms, Weddings, Burials from 1618 and 1619. Can you make out any of the names or places? 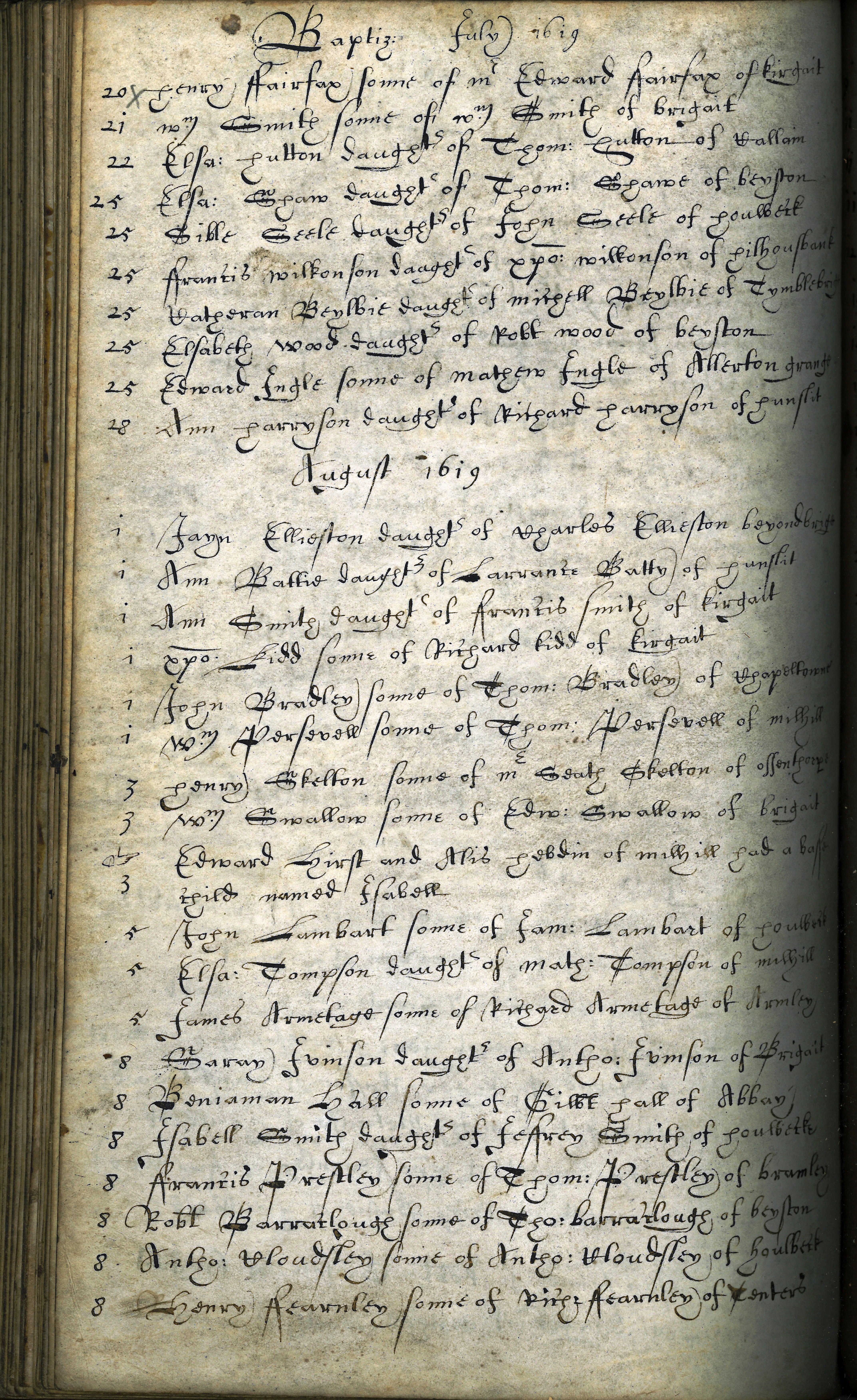 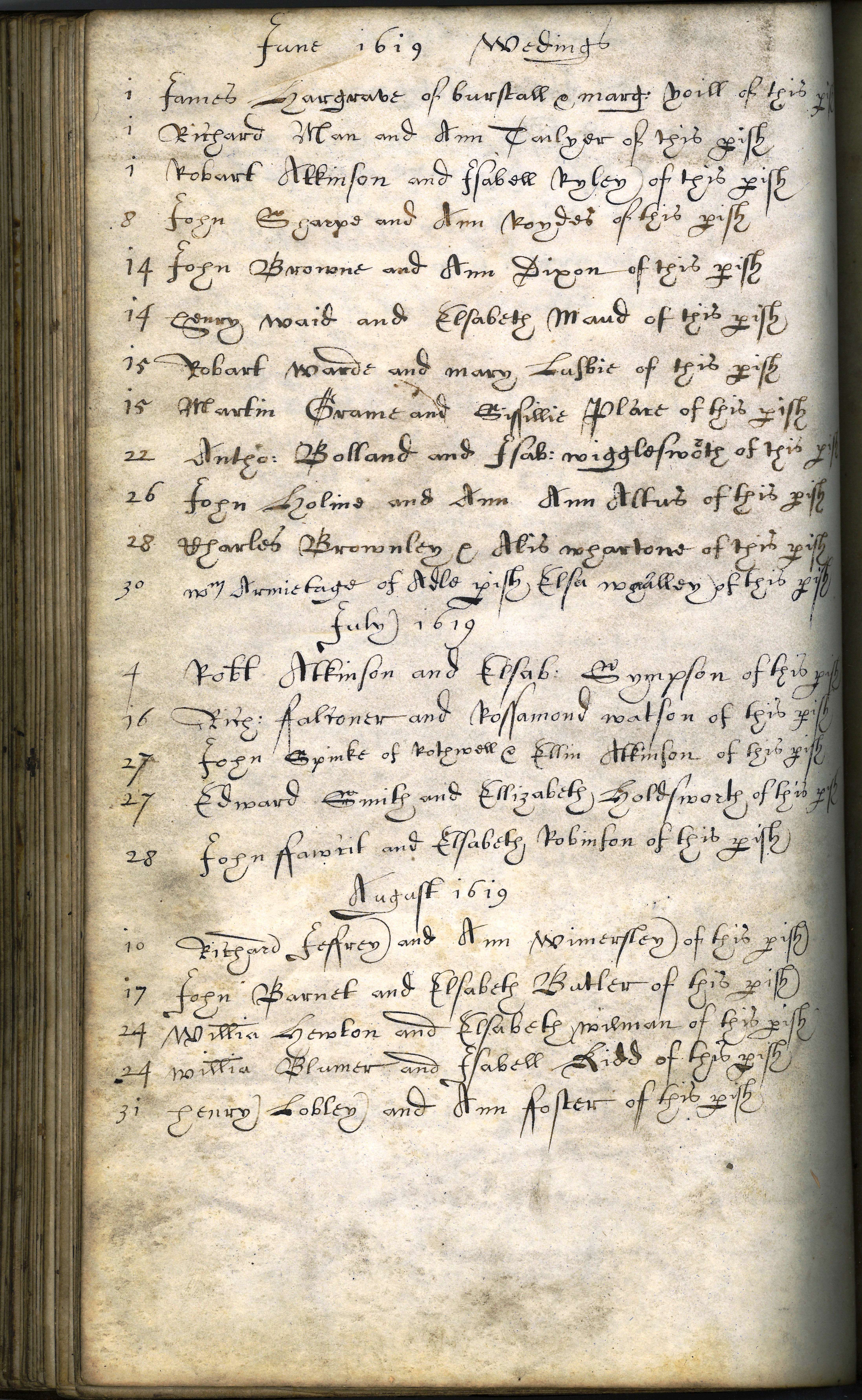 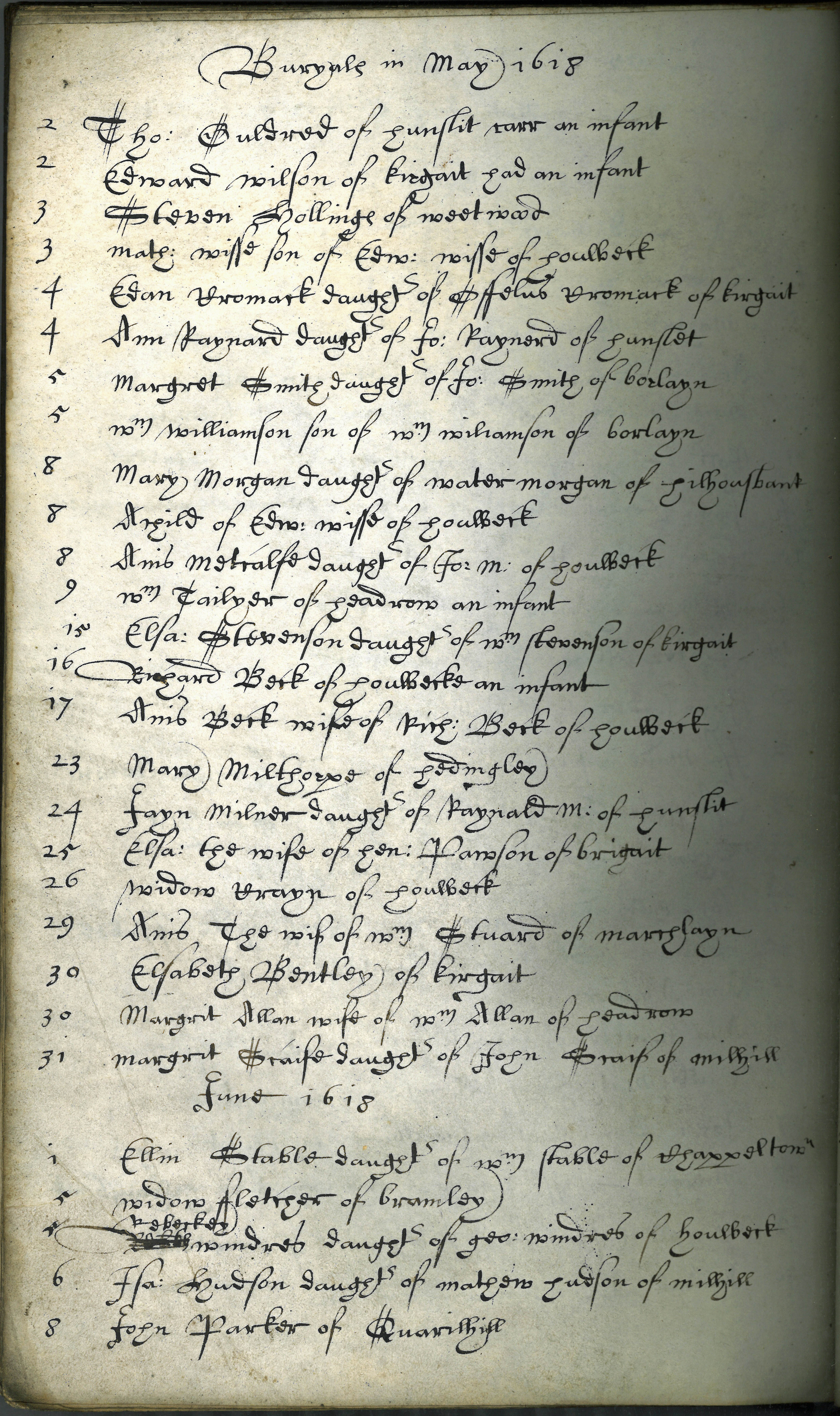 Other records kept are tax returns. Even people all those years ago had to pay tax! Like today, the amount of tax paid depended on how much you earned. The majority of peasants were too poor to pay tax, but people like landowners had to pay 1/10 of their income and a person who made money by selling goods had to pay 1/15.

In 1543, there were forty people in the tax list, most of whom paid about 4 pence, apart from two who paid eighteen pence. Forty years later in 1583, the average tax was between four and eight shillings.

People moved to Leeds looking for a better life. There were many things that made Leeds and attractive place to live, such as low rents, easy access to facilities for the cloth industry and plots of land available for keeping livestock and growing vegetables.

Most of the people were living in Briggate, which had joined with Kirkgate. New plots of land sprung up on what are now the Headrow, Boar Lane, Vicar Lane, Mill Hill and Marsh Lane. But as more and more people flocked to the town, the nearby villages of Hunslet, Chapel Allerton, Beeston, Headingley, Armley and Bramley also began to expand. Eventually these places would merge together to make the City of Leeds.