A Remarkable Entrepreneur from Slonim

Michael Marks arrived in the north of England in the early 1880s. He didn't have much money and spoke very little English. Beginning as a pedlar, he worked hard and soon had enough money to open a market stall in Kirkgate Market in Leeds.

Marks came from Slonim, a town in Russian Poland, and travelled to England to escape the persecution of Jewish people in Russia in the 1880s. Marks was ambitous and a hard-worker - he wanted to make sure that his family had a happy and comfortable life.

The Michael Marks timeline follows his story from his birth in 1863 to his death in Manchester in 1907. The life of Michael Marks was a relatively short one, but with many achievements. 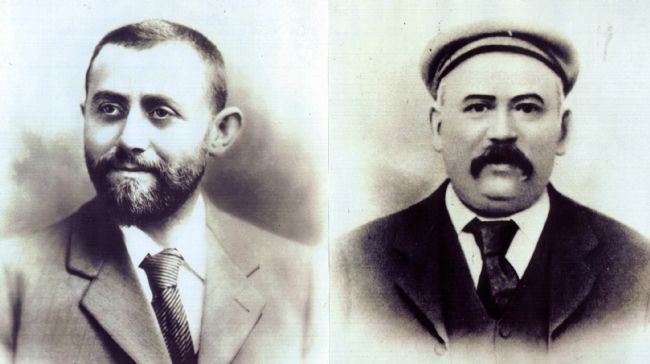 Tom Spencer was born in Skipton, North Yorkshire, in 1851 but was living and working in Leeds by the time he was 21. He was chief cashier at Dewhirst’s – a wholesale company that supplied goods to other businesses in the city. Dewhirst’s was also where Michael Marks bought stock for his market stalls, and Spencer noticed how the Marks account had grown.

In 1894, Marks was looking for someone to help him run his Penny Bazaar business, so Spencer gathered his life savings and invested £300 to become an equal partner in the Company.

Spencer was excellent with numbers and brought bookkeeping and organisational skills, as well as useful contacts with manufacturers. He also took charge of the warehouse and central office. These skills perfectly complemented those of Michael Marks, who was responsible for buying new stock, finding new shop locations and dealing with customers and employees.

In 1903 Spencer went into semi-retirement, moving to a farm with his wife and enjoying rural life. He died two years later in 1907.