On his first market stall Michael Marks arranged his goods according to price, with one section costing a penny and marked with the slogan 'Don’t ask the Price, It’s a Penny'. This was so popular that he quickly stopped selling anything that cost more than a penny.

As the business grew, M&S Penny Bazaars opened up in towns all over the country. The goods that were sold included small items such as nails, screws, pins, soap, wooden spoons, wool, thread and small toys – anything of good quality which could be acquired cheaply and sold quickly. 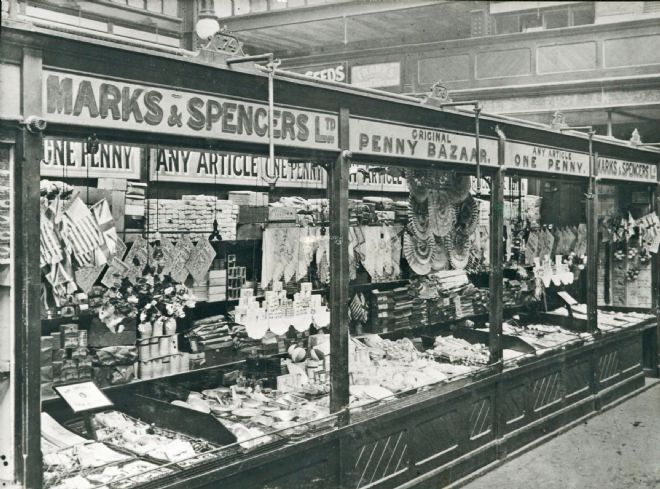 Unlike other retailers at the time, Marks allowed customers to see and handle goods before deciding what to buy. He was determined to provide the highest possible quality for his customers, and sought out the best items he could buy and sell at the penny price.

The Michael Marks timeline follows his birth in Russian Poland in 1863 to his death in Manchester in 1907. The life of Michael Marks was a relatively short one, but with many achievements.