Michael Marks died on New Year's Eve 1907. He was buried on 2 January 1908; it was one of the largest funerals ever to take place at Manchester Jewish Cemetery - up to 40 carriages reportedly followed the cortège! 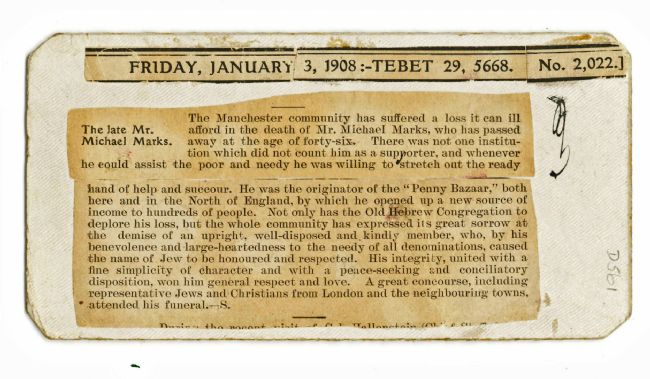 Marks was a very well-respected and much-loved member of the community. He had worked hard to improve life for himself and others. His obituary above illustrates the affect of his death on the Manchester community.

The letter below from Mrs Davies (born 1892) tells us about her memories of visiting her sister at work in a Penny Bazaar, and of the kindness of Michael Marks. 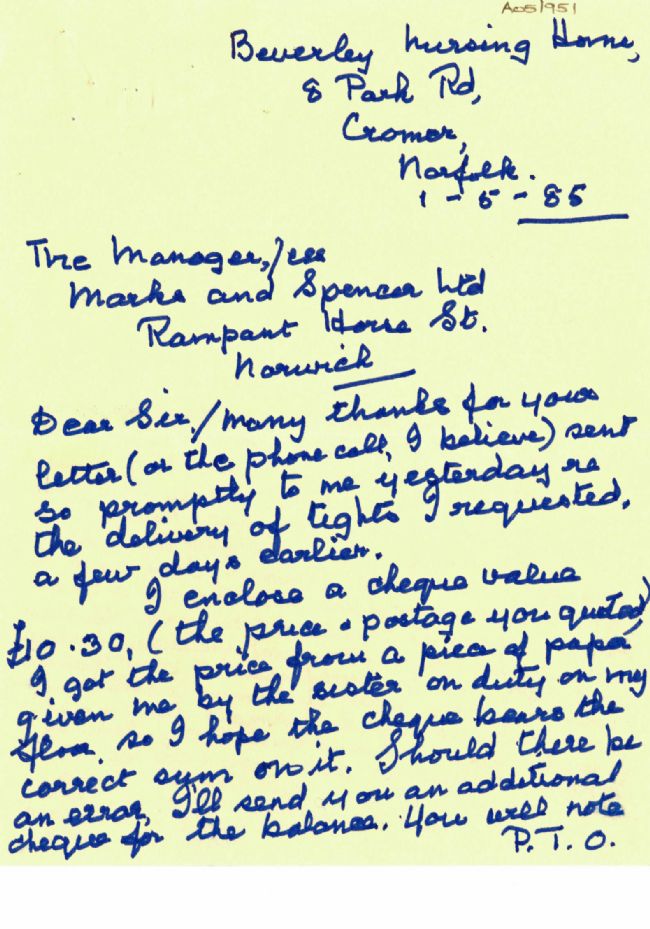 The letter below from Mrs Ashton Hill (born 1895) recalls her childhood memories of Michael Marks. 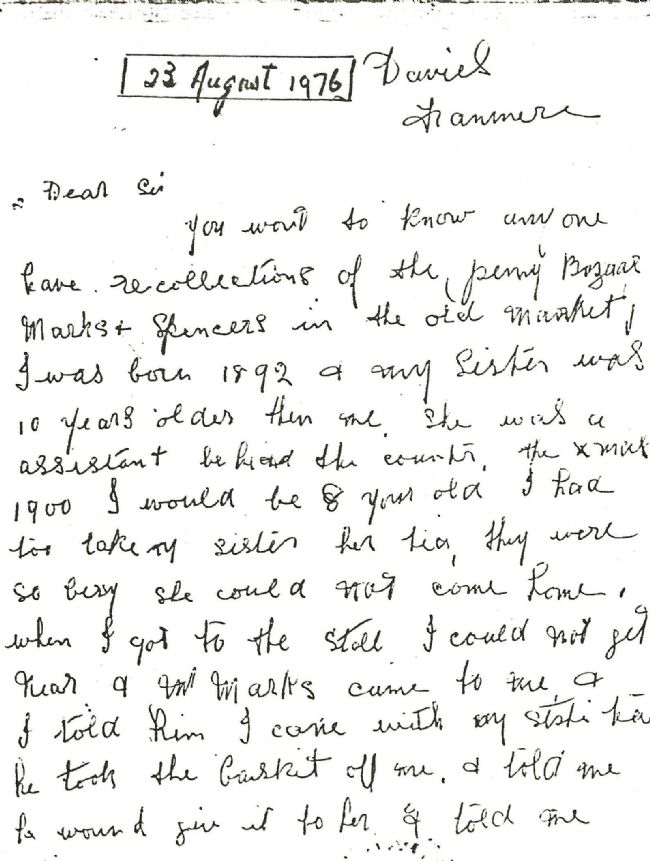 Transripts of these two letters are available to download in the 'Resources' section.

The Michael Marks timeline follows his birth in Russian Poland in 1863 to his death in Manchester in 1907. The life of Michael Marks was a relatively short one, but with many achievements.

Cortège - a funeral procession
Obituary - a news article about the death of a person, usually with an account of the person's life and information about the funeral