Annie Clarke was born in Beeston in Leeds on 27 November 1929. 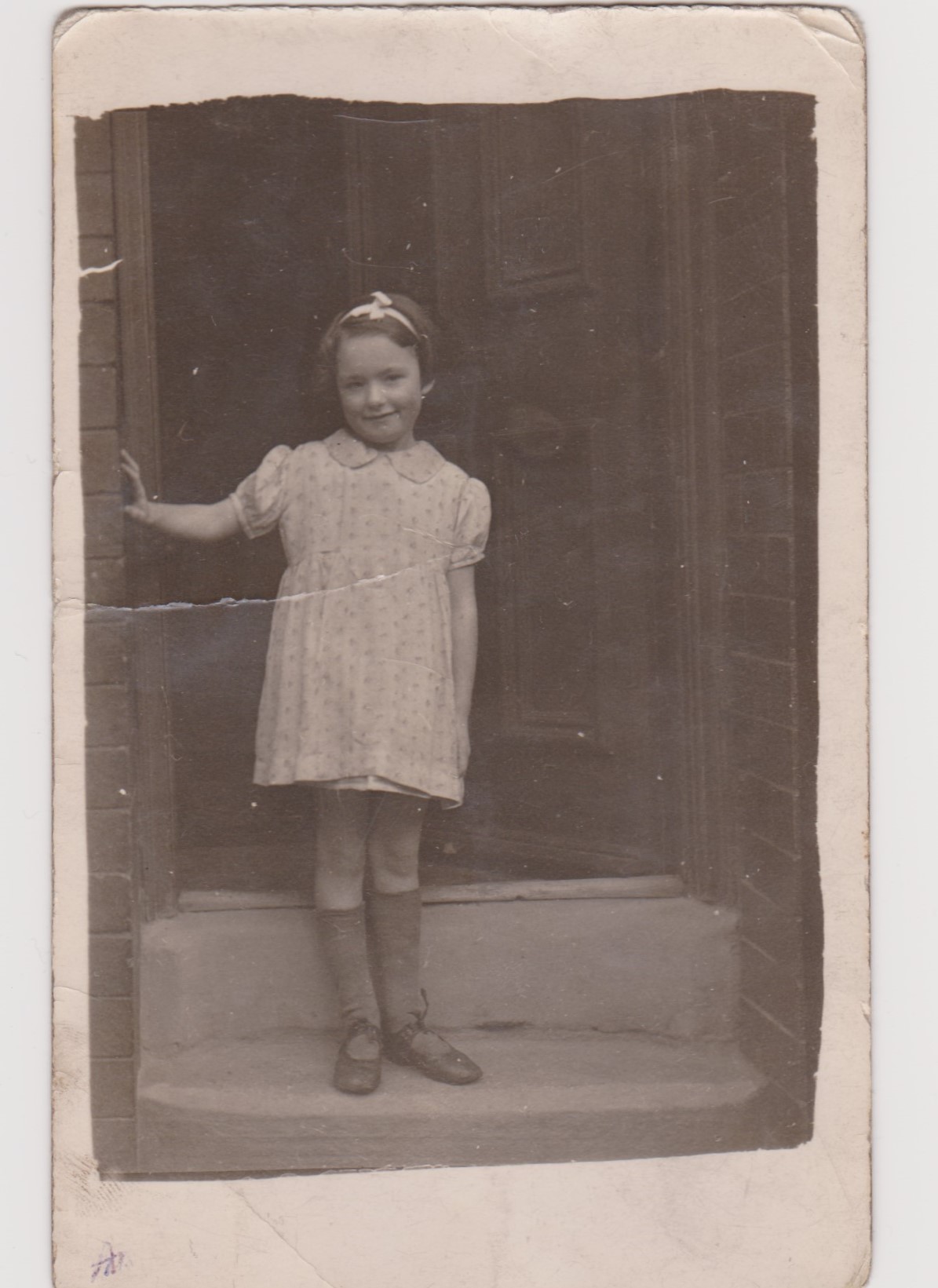 She lived with her parents and her younger sister Doreen in a back-to-back house in Marley Place, Beeston. ‘The Marleys’ were cobbled streets of ‘two up, two down’ houses with a kitchen and parlour downstairs and two bedrooms upstairs.

They had a cellar and a large attic but no bathroom or indoor toilet. The toilets were outside at the end of the street. Four houses would share a block of toilets (called privies or water closets) and it was up to the householders to collectively keep the toilets clean. The toilet block was also a passageway through to the next street. 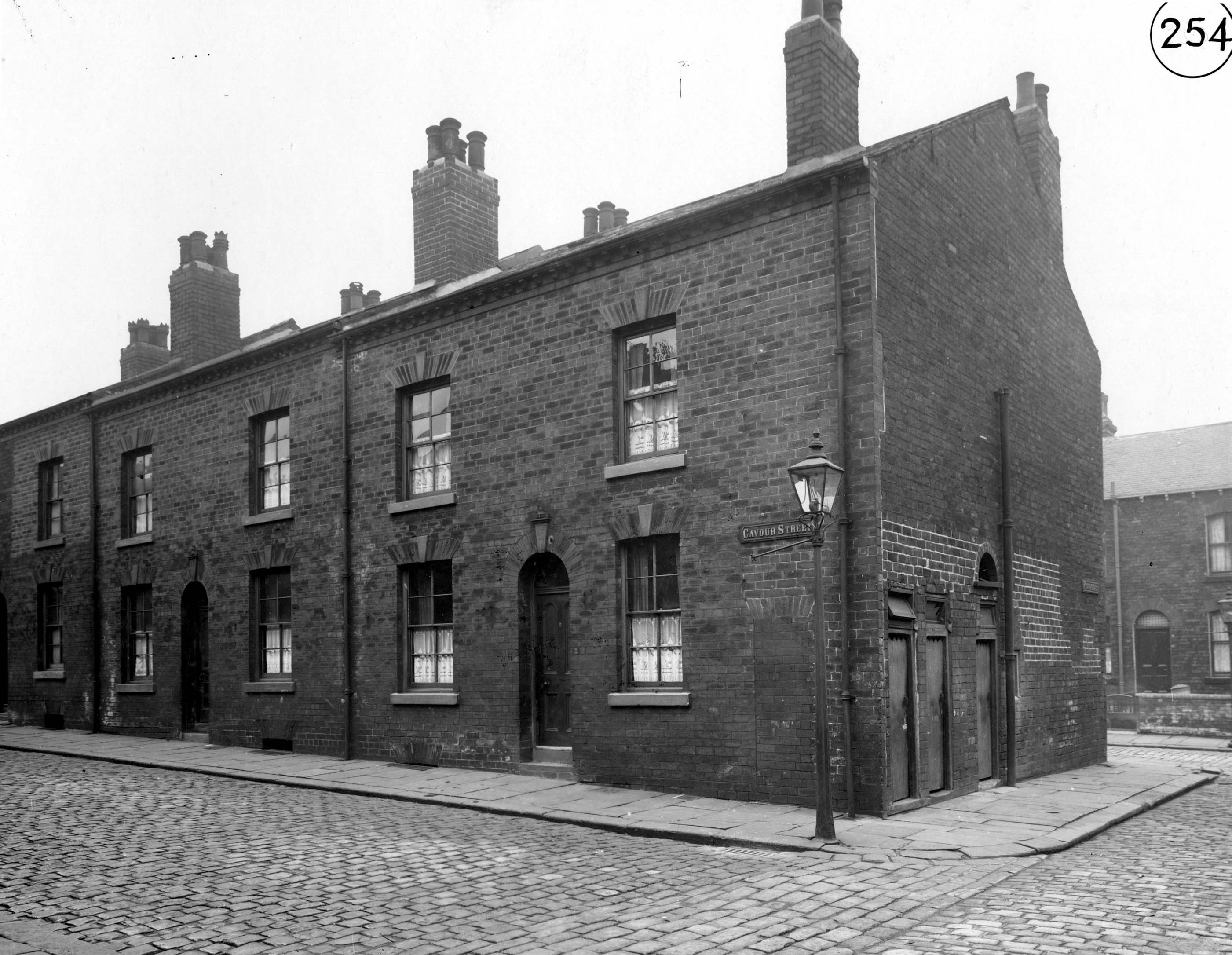 Baths were taken in a tub in front of the fire in the parlour. The water to fill the bath would be boiled on the range and each member of the family would use the same water, topping it up with freshly boiled water for each new bather. Annie would have had her bath last as adults, especially the men in the family, usually took their bath first. To provide a little bit of privacy, a clothes horse draped with towels would be positioned around the tub. 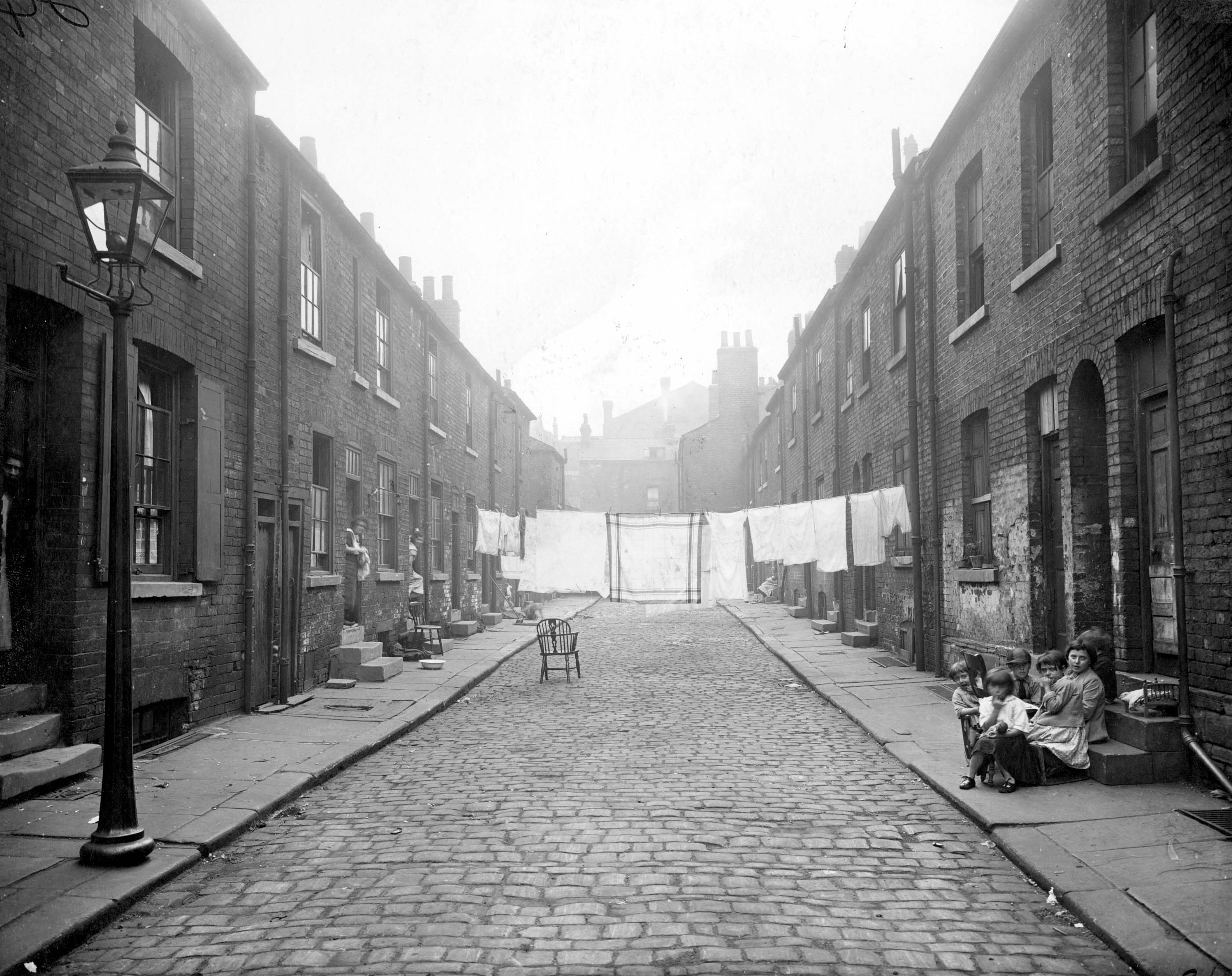 At that time Beeston was a village in its own right, rather than a part of Leeds. Beeston had its own school, a blacksmith and a police station, and everyone knew the local policeman.

The milk seller would come round with a horse and cart, selling the milk from his own cow. People came out into the street with a jug to have it filled. Annie’s family didn’t have a fridge or a freezer but they did have a pantry and a cellar where they could store food and keep things cool. 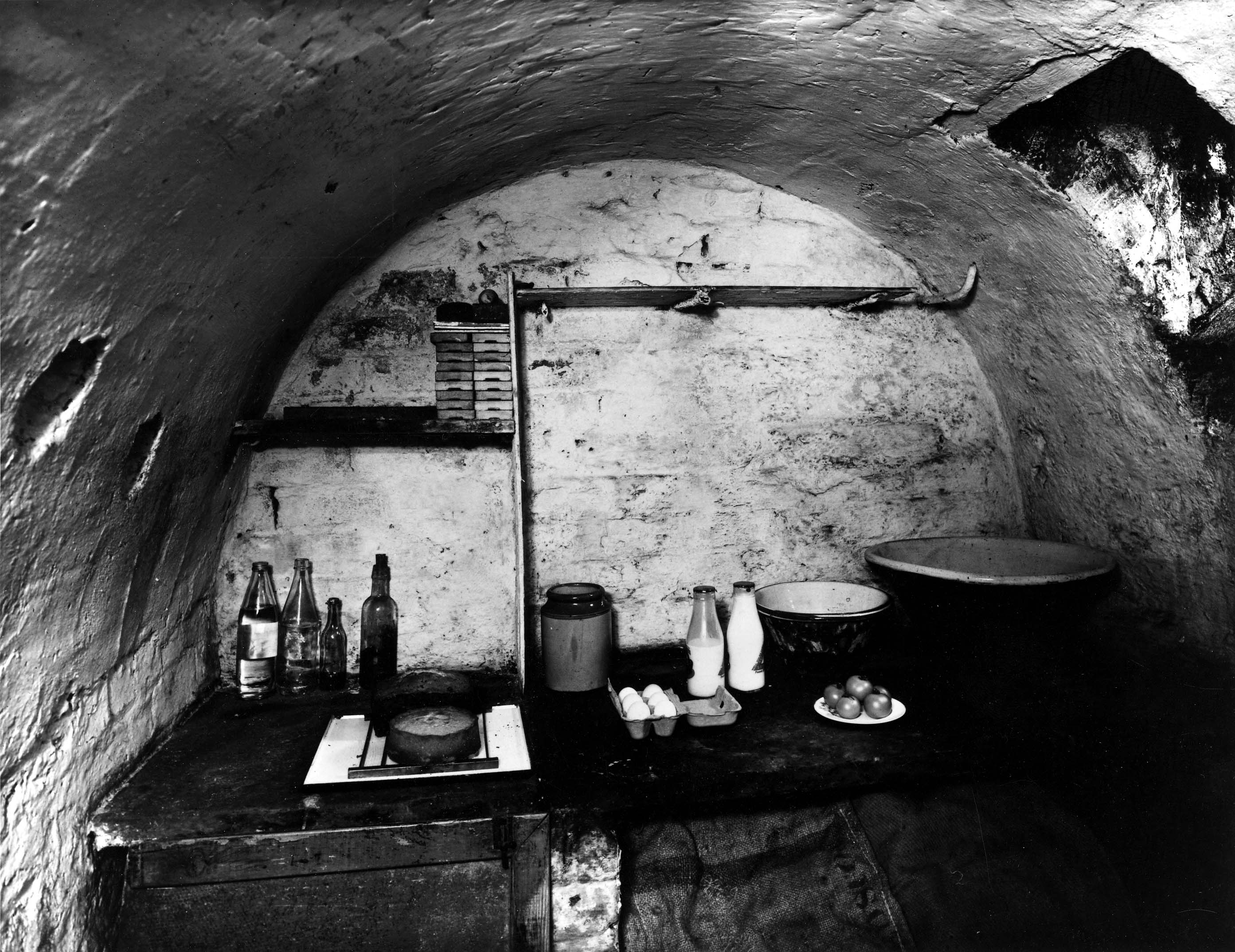 Cellar of Back-to-Back House in Leeds Used as Pantry 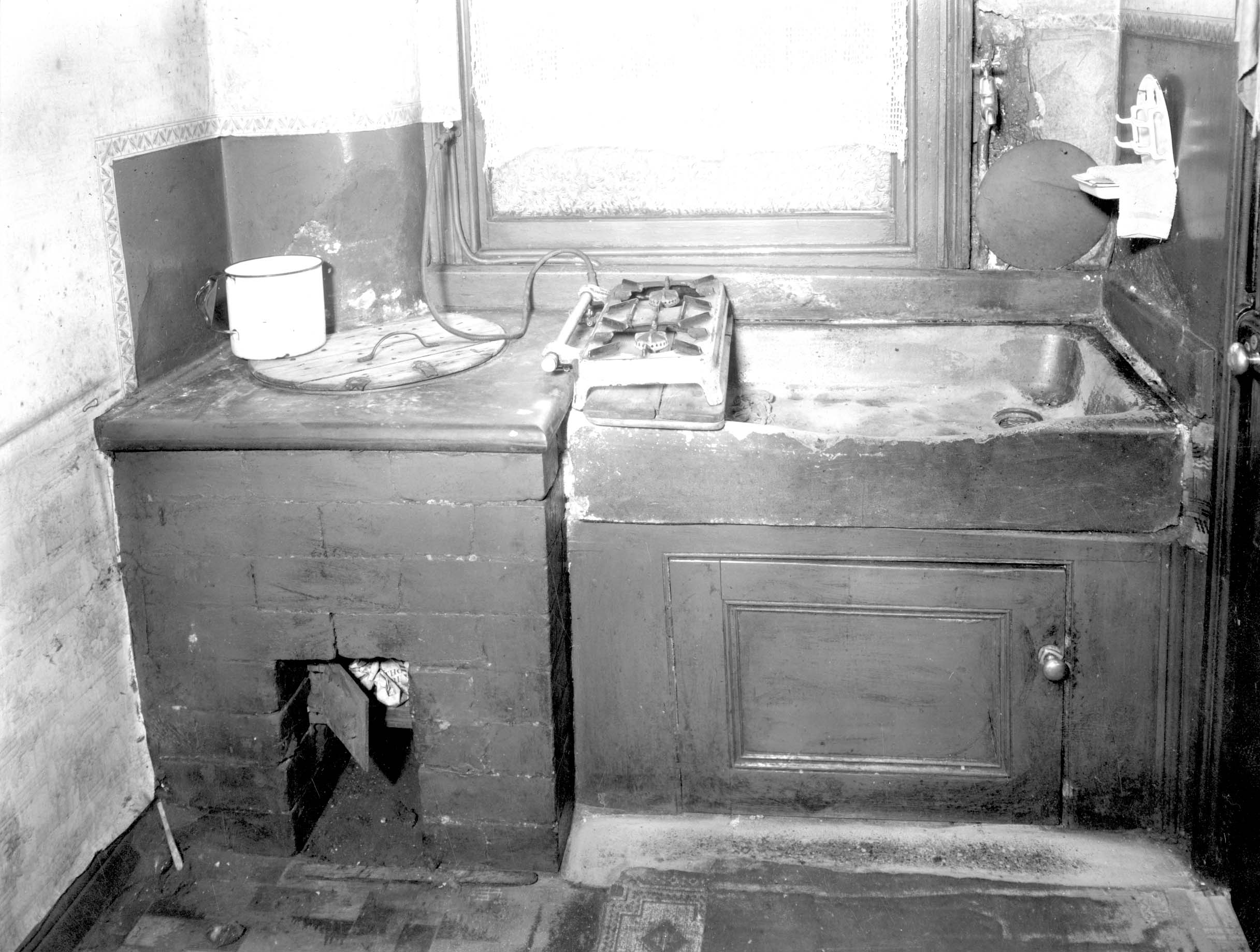 People tended to keep their houses very clean and would whitewash their outside steps and black lead the range inside the house. This was usually Annie’s job. The range was made of cast iron and she would use a special polish called ‘black lead’ to clean and shine the cast iron. She also had to clean out the ashes from the day before and lay a new fire. 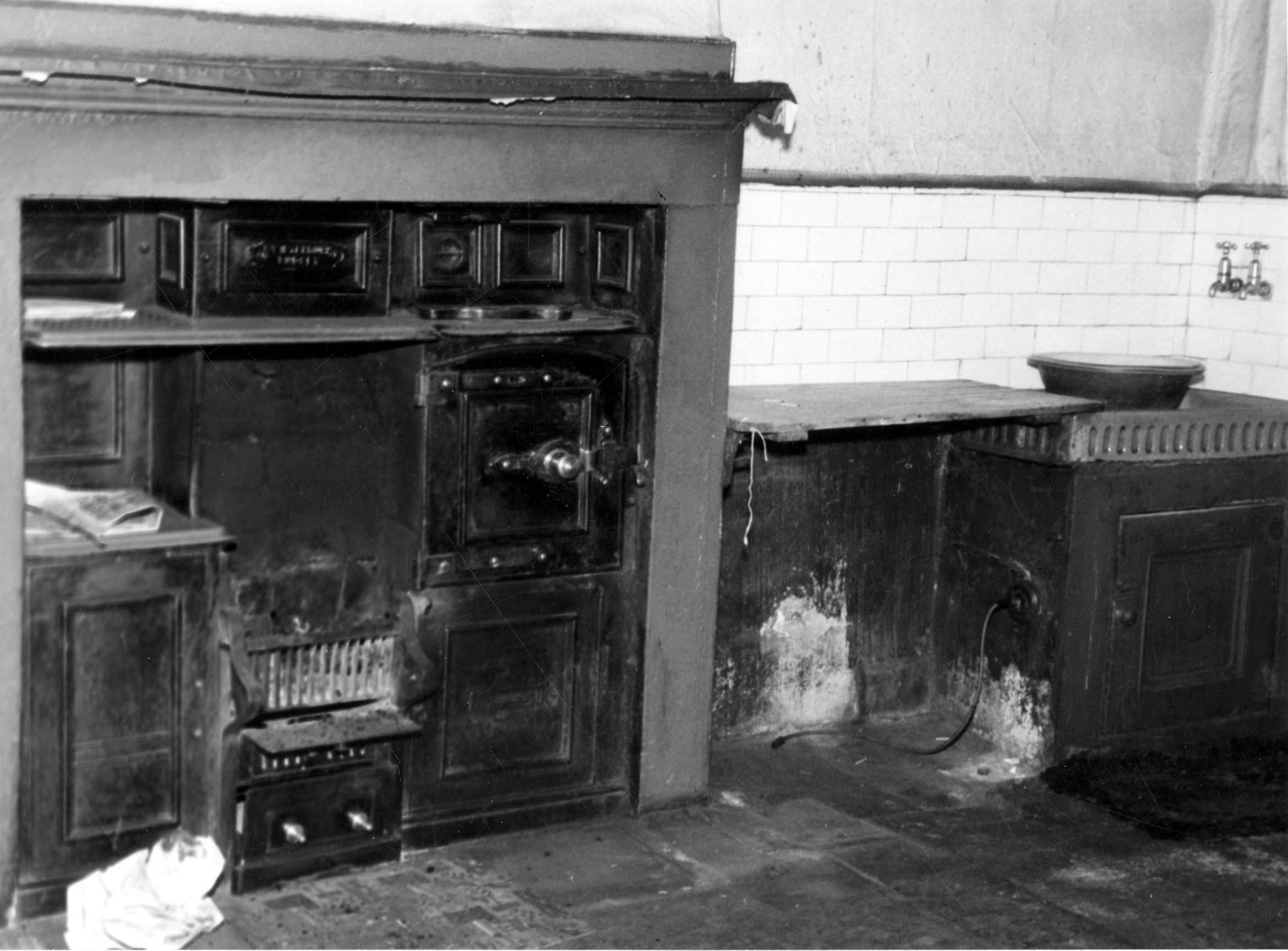 Annie and her grandparents lived on the same street. It was common for families to live close together in the early part of the 1900s, as it meant they could help and support each other. Annie’s cousin Arthur and his sister Joan lived with Annie’s grandparents as their mother had died, along with other members of the family. In total there were eight members of the family all living in a house with just two bedrooms! It must have been a bit of a squeeze but it wasn’t unusual in those days.