Exploring the role of circuses in leisure and entertainment, with a focus on circuses in Leeds
View resources Teachers notes Share View related stories
Add to board

The Elephant in the Ginnel!

There was once an elephant found stuck in a narrow passageway in Kippax…!

We’ve found it hard to find the evidence, but in an extract on the History of Kippax, the alleyway to Providence Place was nicknamed Jumbo in honour of the elephant that was stuck there. The elephant had escaped from a travelling circus parade and had ‘made a dash up the passage’ getting stuck half way up. We don’t know when it happened, which circus it was or what happened next…can you think of an exciting beginning and end to this story?

Extract from the History of Kippax

Elephants and other animals were often used as part of circus performances in the past. It is more unusual for wild animals to be used in the circus now and circuses have to apply for a license if they want to work with them. 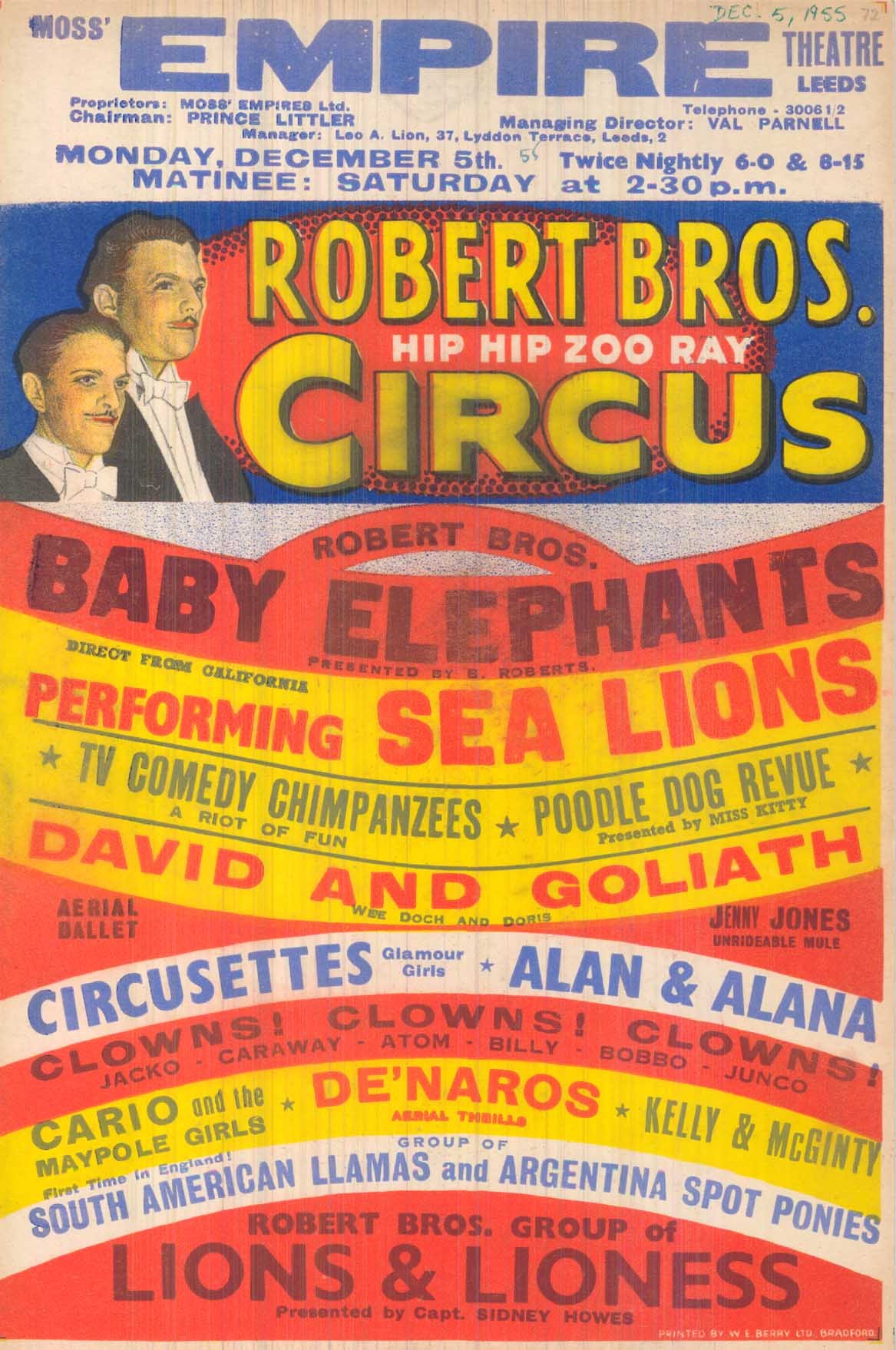 The History of the Circus