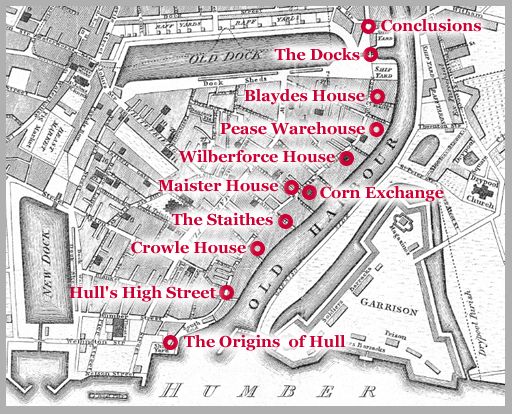 Map of the High Street in Hull
It was inevitable that a settlement would develop where the River Hull enters the Humber. Until the 19th century, travel and movement of goods was difficult.  Rough tracks were impassable when wet and rutted, and pot holed even when dry. It was much easier to move people and goods by water and there is evidence of significant boatbuilding activity from the Bronze Age craft found at North Ferriby. 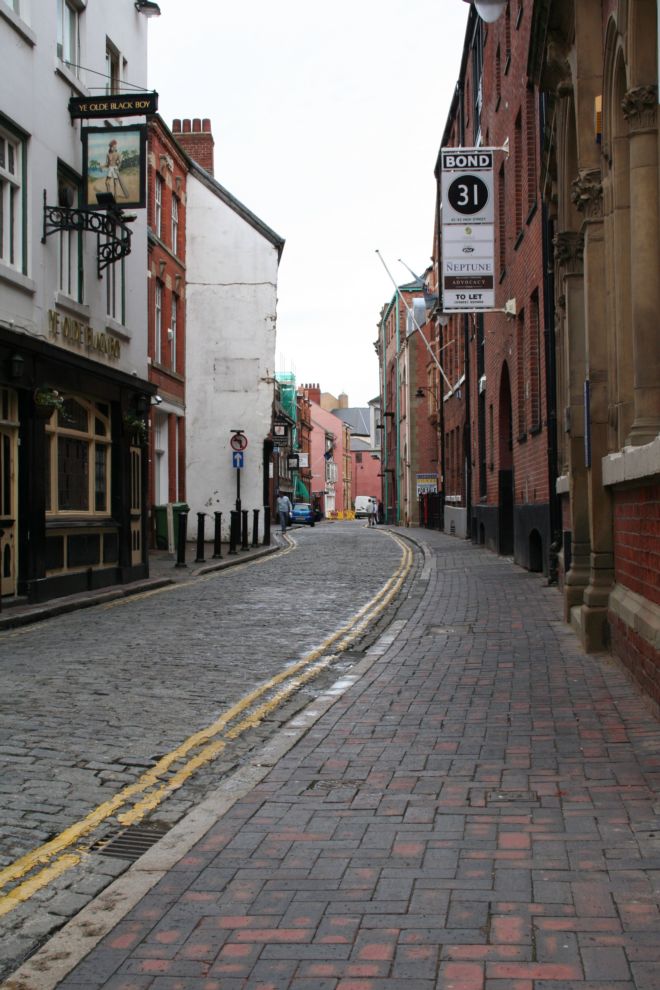 Hull High Street as it is Today

In the early days small boats could be hauled up anywhere on the riverside but as they got bigger and cargoes more bulky they needed to tie up at a wharf or jetty to load or unload. The calm, sheltered waters of the Haven or Old Harbour, the lower portion of the River Hull, provided such a place and by the fourteenth century merchants were building their houses along the west bank of the River Hull to form the High street.

In the eighteenth century the merchants continued to trade from premises which comprised their dwelling, an office ('counting house') and a private wharf or ‘staith’ where they oversee their cargoes. Most were rebuilt in the Georgian style and surviving examples include, Wilberforce House and Blaydes House. Maister House on the west side of the street demonstrates the wealth of its owners in its elaborate plaster decoration. 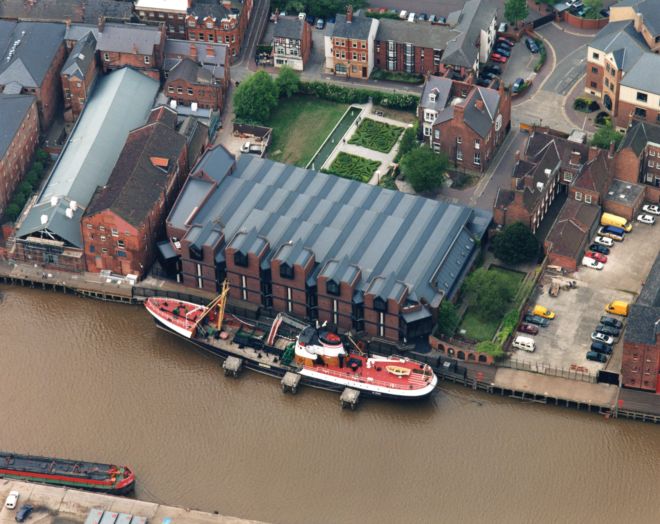 Aerial View of the Museums Quarter in Hull

The development of the Town Docks led to great changes and the more prosperous merchants now occupied the fine Georgian terraces of the New Town, in George street and Charlotte street. Many of the large houses in High Street were now subdivided and occupied by a multitude of small scale dealers and tradesmen. Cargoes were more efficiently handled tied up in the docks and the River Hull was mainly used by barges, lighters and small craft servicing the mills and warehouses along its banks.